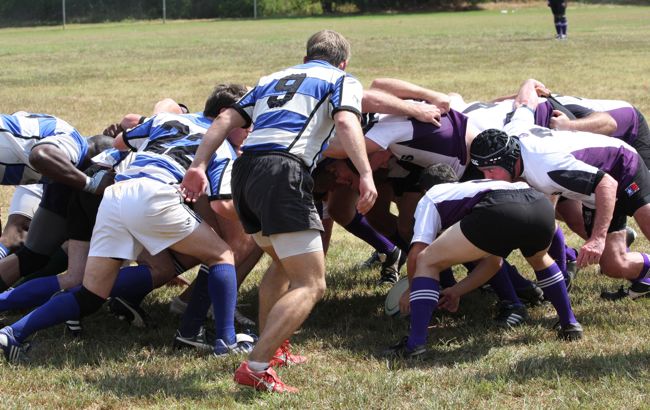 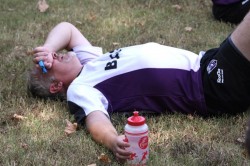 With the balls now stowed for the winter, the Atlanta Bucks Rugby Football Club turns its attention to the gay club’s festive – and drag heavy – fundraiser.

The Bucks ended their brief, five-match fall season with a 14-0 road win against Nashville. They opened with a 42-0 thumping at the hands of the Macon Love (photos), but ended up 2-3 for the season. 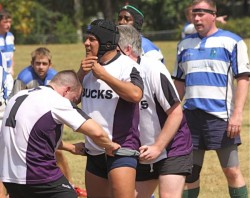 “It was a hard fought game but we were able to hang on to two first half tries and bring a victory home in last match of the season,” says Gary Durden, the club’s president.

Now, the Bucks turn their attention to the Miss Ruck & Maul fundraiser on Dec. 4, dubbed this year as a “reality dragstraviganza.” The annual event benefits the Bucks and CHRIS Kids.