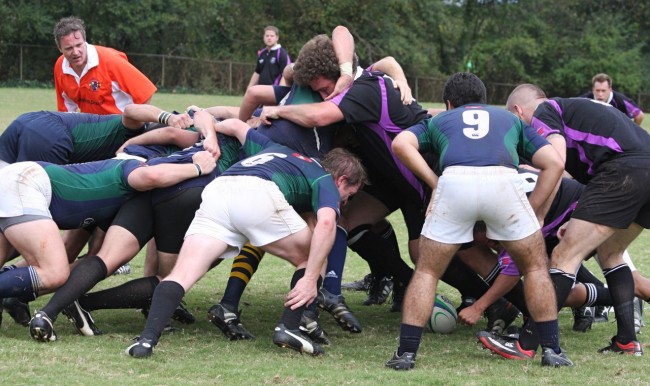 The camp drag pageant at Jungle kicks off at 6 p.m. and takes on an “American Idol” feel with the five contestants performing in three rounds of competition. Crowd donations and overall fundraising help determine the winner, with the funds supporting the Bucks trip to the Bingham Cup next year and AID Atlanta’s emotional wellness program. 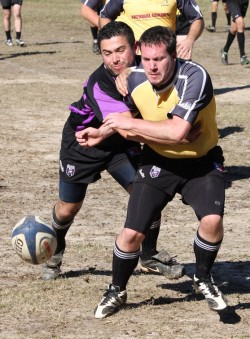 “It’s going to be a comedic evening,” says Bucks President Gary Durden, who is also the reigning Miss Ruck and Maul. “It’s not a family show. We do not give the contestants any boundaries outside of telling them there is no nudity involved.”

Durden hopes the event attracts 200 to 300 people and helps the club raise nearly $5,000, making it their largest fundraiser of the year. The Bucks raised more than $3,000 in May with their annual Purple Dress Run featuring nearly 125 people streaking across Midtown in — you guessed it — variations of a purple dress.

Miss Ruck & Maul marks the end of the fall season for the Bucks, which finished with a 3-3-1 record. After a successful Ruck-A-Buck Tournament during Pride in which they won two matches, the Bucks dropped their season ending match to Georgia Tech 41-33.