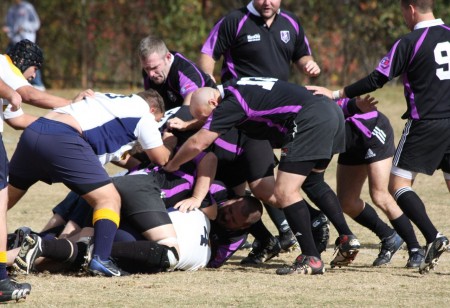 The Atlanta Bucks Rugby Football Club closed out its fall season on Saturday with its first Buck-a-Ruck Invitational.

The event included teams from Phoenix and Minneapolis for matches at Walker Park on Memorial Drive. The Bucks dropped their two matches, ending the season at 3-3. Two matches earlier in the season were dropped from the schedule.

But even with the losses, Bucks President Bullet Manale says the weekend scored a success with the tournament.

“Everything went as planned and the clubs had a lot of fun this weekend,” Manale says. “We hope this invitational will occur again next year.”