Buck up, queer children. 2020 is going to be a bumpy ride 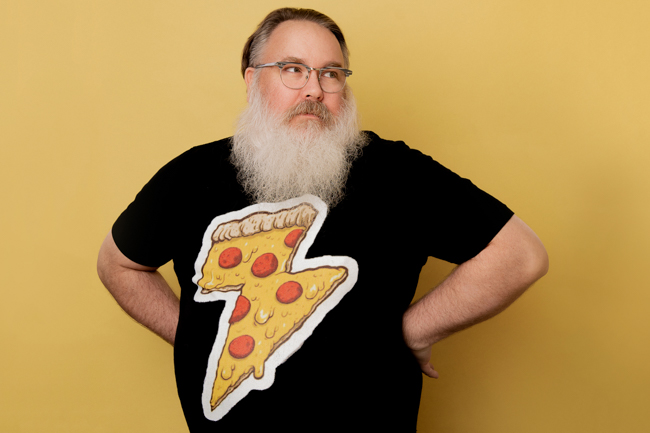 Humans don’t know the historical significance of the age we live in, how or even if it will be remembered. What defines us as a species now is the immediacy of response to the instant history we create with every Instagram post, and its significance is measured in likes and shares.

We seldom stop to marvel at the rapidity with which everything is available in a way none of our ancestors experienced. Almost any information is instantaneously at our fingertips, and almost anything can be delivered into our hands with a few clicks and good credit.

We are our own historians, capturing the mundane to the supreme, and those moments pieced together tell our story. Never in recorded history have there been as many visible queer people, never have we had more rights, and never have we flourished in every endeavor and industry we inhabit.

Ours is a halcyon age of visibility. Even with a long way to go towards total equality, we are seeing lasting changes in the attitudes of straight society towards queer people. It’s a time of queer influence and a greater understanding of the queer experience in mainstream culture.

Let’s count ourselves lucky to be born into an age where we have more opportunities to pursue love and be in loving relationships openly, to marry, to have or adopt children, to express our gender outside traditional norms. We get to live less diminished lives than our queer brothers and sisters of the past. While it was on their backs that our freedoms were built, it may very well be by the strength of our own backs that it will be maintained.

For every advance we make, there are those in our society that hate us. They feel our very existence is an affront to what they consider their divine right to define what is good and what is evil, what is moral and just, and what is corrupt and without redemption.

I will always remember January 25, 2015. My husband and I were on our way from Georgia, a state that did not recognize our 2009 Massachusetts marriage, to Alabama for a stand up show. As a result of a ruling in one case about same sex marriage, it suddenly became legal in Alabama almost exactly as we crossed state lines.

To suddenly have rights I did not have moments and yards ago was exhilarating, and as we listened to the news, there was an air of optimism and joy in the car. That night, I performed to a crowd of 200 people and mentioned that our marriage was legal in Alabama as of that day. The announcement was met with cheers of approval, and then we went to cheap motel and had amazing, just-got-them-rights sex.

It will always be a moment of our history for certain. Then on March 3, Alabama took it back when the probate judges were ordered to stop issuing marriage licenses. Just like that, my marriage was no longer valid in Alabama.

I had a flash of Fran Fine from “The Nanny” right after Mr Sheffield told her he loved her and then took it back. It was a very disheartening moment, but then in June the same year, marriage equality became the law federally, and again I felt that rush that only equal rights or real good poppers gives you.

When marriage equality become legal in every state on June 26, 2015, queers had spent the previous years watching as the issue was battled at the state level. We jokingly collected new states in which our marriage was legal like they were commemorative quarters, but instead of a state bird or motto, we were collecting a state of equality.

Gone was the age of partners, companions and “special friends.” That guy you’ve been fucking for 20 years could become your husband. There came an air of legitimacy to same-sex relationships and a context for straight people to understand them.

Queer families and queer parents are not new, but the growth in terms of visibility and access for queer people to adopt and foster children has exploded in the last decade. The convention of the heterosexual family is being challenged as the bedrock of culture, and queer folks are taking all kinds of straight conventions and breathing new life into them.

Thanks to a federal ruling, every state has marriage equality, but every state does not have LGBTQIA protections. Our own Georgia is a “right to work state,” a misnomer if there ever was one since it gives employers carte blanche to fire anyone based on any grounds not covered by federal protections like Title VII or the Equal Rights Act of 1964.

While many states do have protections for queer folks from being wrongfully terminated for simply not being straight, actions by the Trump administration have sought to erase or curtail language defining sexual orientation and gender identity as protected classes under the Equal Employment Opportunity Commission.

While the world is glued to President Trump’s Twitter feed, the Republican Party is introducing bills to curb queer rights to marriage, adoption and foster parenting, as well as issuing “licenses to discriminate” in the guise of “religious freedom” bills. For a party of straight men, they sure act like a bunch of sub bottoms for Trump and the radical religious right.

We are at a crossroads in history. It’s a year in which an election could tear the reigns of our country out of the hands of bigots and zealots, or firm their grasp upon it for what may feel like forever. Whatever happens, we need to be ready.

We as a people can’t afford a post-2016-level mass depression. We cannot check out because the news is too much, too sad or too scary. We must stay engaged and active. We must continue the crucial conversations necessary to change the minds of the bigots and zealots in our lives. Not everyone can be swayed, but we must try.

To be queer is to be in the pursuit of truth and love, because that is what we live and strive for — the chance to love who we want openly and honestly.  There is nothing more frightening to the dishonest and loveless than that. They see us as an epidemic, but we are an evolution.

Queerness is not erasable. Gender is not immutable. We will not be legislated out of existence.

Whether we are remembered for what we gained or what we lost is yet to be seen, but I choose to value the content of our content. Even the silliest Insta post is Queer History, a moment in the history of the age of visibility, the age of truth and love.

So keep living out loud, my beautiful tribe. Find whatever it is you need to support you in these trying times so that you can take care of others and keep all of our voices aloft and in support of each other.

And for fuck’s sake, get out and vote.

Ian Aber is a writer, stand-up comic and showrunner in Atlanta.