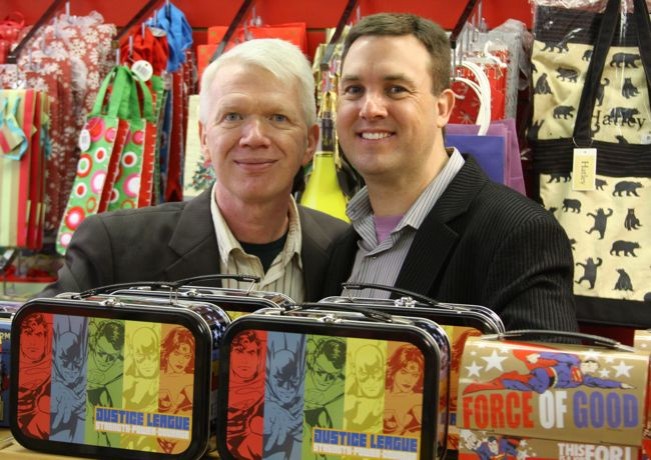 Thomas Joseph Schloeder (photo right), who has co-owned Brushstrokes with partner Mark Jackson for nearly 25 years, was sentenced Wednesday by U.S. District Judge Orinda D. Evans to 8 years, 1 month in prison and a lifetime of supervised release. He was also ordered to pay a $75,000 fine and will have to register as a sex offender when he is released from prison.

“Collecting images and videos showing the sexual abuse of children is a despicable act,” U.S. Attorney Sally Quillian Yates said in a prepared statement. “Our continued work to prosecute and punish individuals who possess, receive and distribute child pornography should serve notice to those who may consider engaging in this behavior that it will not be tolerated.”

“There are few crimes more heinous than the sexual abuse of a child,” said Brock D. Nicholson, special agent in charge of the Atlanta office of U.S. Immigration and Customs Enforcement’s Homeland Security Investigations. “Protecting our children from those who exploit them is a top priority for HSI. We will continue to work closely with our partners at the DeKalb County Police Department to investigate these crimes and bring child predators to justice.”

Schloeder, who has continued working at the store and its sibling sex shop Pleasures since his arrest, was on hand in June when Pleasures celebrated its expansion and remodeling.