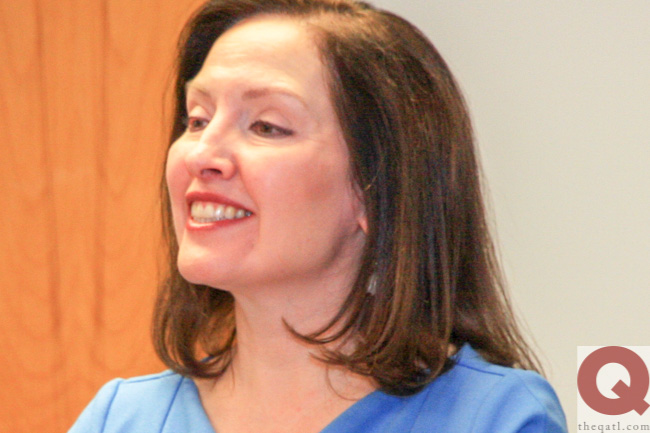 The Brookhaven City Council unanimously passed a broad LGBTQ-inclusive nondiscrimination ordinance on Tuesday, making it just the seventh Georgia city to do so.

The council named the ordinance after Richard Rhodes, a beloved gay activist and Brookhaven resident who died in July.

The ordinance will prohibit discrimination based on sexual orientation and gender identity in private employment, housing and public accommodations, according to City Councilmember Linley Jones (photo). There are no such protections on the state or federal level.

“Unless and until such time that the state and the federal government does the right thing and protects the civil rights of all Americans, all we can do here is what we can do as a city,” she said.

“It says to all people that you belong here, you are welcome here, we appreciate you, we value you and you are safe here,” she added.

Rhodes began lobbying the mayor and city council for the ordinance in February, he told Project Q at the time. His friends and other residents – including gay state Rep. Matthew Wilson and City Councilmember Madeleine Simmons – took up the cause after his death in July.

City Attorney Chris Balch later issued an informal opinion that the city may not have the authority to pass such an ordinance, according to Reporter Newspapers. But Jones and Simmons held a community meeting in early December in which they announced plans to move forward with the ordinance.

Former Brookhaven Mayor J. Max Davis and former City Councilmember Bates Mattison voiced concern at a Dec. 10 council meeting about including gender identity in the ordinance, according to Reporter Newspapers.

But the council moved forward with gender identity as a protected class. Only one out of about 10 speakers voiced opposition to the ordinance during Tuesday’s council meeting. Simmons said all but one of the 41 emails she’s received about the ordinance in the last week were in favor of it.

“This is really our opportunity to step up and join the other cities and set an example that discrimination is not tolerated in Brookhaven,” she said.

Brookhaven joins Atlanta, Doraville, Clarkston, Chamblee, Dunwoody and Decatur as the only cities in Georgia with such protections.

Offenders can face a fine of up to up to $1,000 for the first violation and $2,000 for each subsequent violation.