You’d think the folks at Actor’s Express might take a little break and recharge their batteries.

But the dynamic theater company — fresh from the highly-successful run of the highly-gay “Zanna, Don’t!” — is busily preparing for its 22nd season on the stage of its West Midtown complex.

The season launches late next month with a seven-week run of the hit Broadway musical “Grey Gardens.” Throw in a love triangle with a lesbian twist, the homoerotic setting of an all-male prep school, a priest on furlough and a buxom actress in a slasher movie attempting to keep her pill-popping mom in check and you’ve got yourself a season full of entertainment.

Your can also get the feel of the place before the theatrical season opens with the weekly late-night offerings of After Hours. The series brings us the likes of drag legend Charlie Brown, recording artist Gwen Hughes (July 18), bad boy hypnotist Mark Irish (July 25) and singer-songwriter Heston Francis (Aug. 1). 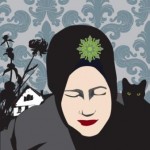 “Grey Gardens”
Aug. 27 to Oct. 10
The Tony award-winning musical “Grey Gardens,” based on the 1975 documentary by Albert and David Maysles, makes its Atlanta premiere at Actor’s Express. When you encounter the deliciously eccentric characters of this true story, you’ll quickly understand why the film is often described as a rite of passage for gay men.

The basic story line is this: We follow the lives of Jacqueline Kennedy-Onassis’ flamboyant aunt Edith Bouvier Beale and her daughter “Little Edie,” who live with feral cats and rabid raccoons in the ruins of their once-fabulous Easthampton home.

Mother and daughter cling to each other through hysteria, happiness and heartbreak as the home around them falls into disrepair. Indulge in the lush music, mysterious glamour and “The Revolutionary Costume for Today” inside the dilapidated, 28-room mansion called Grey Gardens. With her flair for conversation and flamboyant sense of fashion, Little Edie has become a pop culture icon.

If you can’t get enough of the Beales, check out the HBO film “Grey Gardens” with Drew Barrymore and Jessica Lange. It is now on DVD and recently received a whopping 17 Emmy nominations. 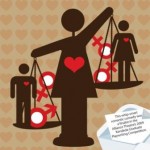 “Fair Use”
Nov. 5 to Dec. 5
The strong gay content of “Fair Use” is sure to please, as this production enjoys its World Premiere on the Actor’s Express stage. It’s the story of a complicated love triangle in which sexual politics collide with legal brinksmanship in a romantic comedy.

Sy, an ambitious attorney, is in love with her co-counsel Madi, who in turn is involved with Chris, another lawyer in the firm who is just not quite sure how to express himself. While in the midst of a high-profile legal case, the love triangle gets complicated by a series of seductive, eloquent love letters.

The love story was a 2009 finalist in the Alliance Theatre’s prestigious Kendeda Graduate Playwriting Competition. 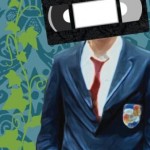 “Good Boys & True” takes us to the 1980s and the boys at St. Joe’s Prep School are clean cut, well bred and Ivy League. Oh, yes. They’re having lots of sex, too. When a scandal involving a videotape – isn’t that always the way! — threatens to grow beyond closed-door whispers to engulf the entire school, the ugly underpinnings of an elite machine start to crumble.

As one mother struggles to glean fact from fiction, she finds herself face to face with truths about her perfect son and their privileged existence. From one of the writers of the HBO hit “Big Love.” 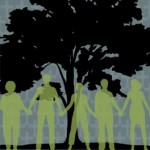 Matthew, while on furlough from the priesthood, seeks refuge at the home of his curious and devout mother. He is followed by Theresa, the rectory’s cleaning lady, who is desperately searching for meaning and completion while trying her best to raise her unruly teenage daughter alone. Through vividly poignant character sketches, we find sometimes that God really is in the details – even when those details get messy. 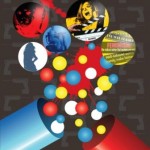 “Slasher”
May 20 to June 19
What provides a better setting than a small Texas town for a slasher flick? That’s where “Slasher” finds Sheena McKinney on the cast of the film being produced in her hometown. She’s young and buxom, and her character is the last girl standing, so this could provide her big break into the movie industry.

But accepting the role unwittingly unleashes Sheena’s hostile, pill-popping mother’s feminist rage on the low-budget production in a burst of pitch-black hilarity, fake blood and real violence. You won’t be able to look at your power drill quite the same way after this. The comedy was an audience favorite at the 2009 Humana Festival of New American Plays.

3 critical steps to take before getting gay married

Even though gay marriage is still banned in Georgia, gay couples here are tying the knot in other places. So it’s critical to grasp the magnitude of the merger, legally speaking, before saying “I Do.”
Read more
Atlanta

4 ways to protect your gay relationship in Ga.

Same-sex couples can't get married in Georgia, but honey, they sure can get divorced. OK, so maybe not technically, but their break-ups can end up in courtroom dramas as fierce as “The War of the Roses.”
Read more
Atlanta

Halloween is over, Atlanta Pride is long gone and Joining Hearts is but a distant memory. But the holidays are close and that means big gay parties on the social calendar, so rough and ready just won’t do.
Read more