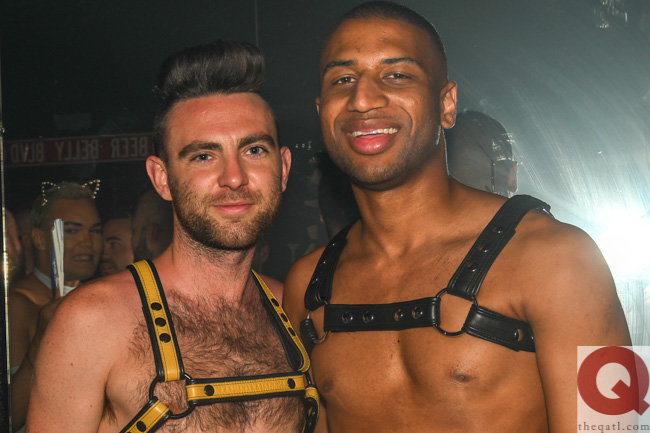 The annual Britney Bash went down on Saturday at Atlanta Eagle, and a popular local non-profit got a boost to their bottom line because of it.

It was a benefit for Pets Are Loving Support, which provides care and support to the pets of those in Atlanta living with disabilities due to HIV/AIDS.

DJ Pat Scott was on hand to keep the Brit-Brit bangers going all night long.

The members of Panther L/L were also on hand to celebrated 31 years of their leather and Levi ways. It would be the last anniversary though as the club announced it was dissolving.

Ed Graham, the club’s longest-serving member, issued a press release the following day saying that they would be donating the $4,000 left in their account to the Leather Archives & Museum, the Leather Heart Foundation’s Sir Alan Penrod Bare Necessities Fund and Lost N Found Youth.

Panther L/L members will host a celebration in the next few weeks to retire the club’s colors and hang them at Atlanta Eagle, according to the press release. Congrats on a great run, Panther L/L!