Brian Kemp backs ‘religious freedom’ bill that ‘does not discriminate’ 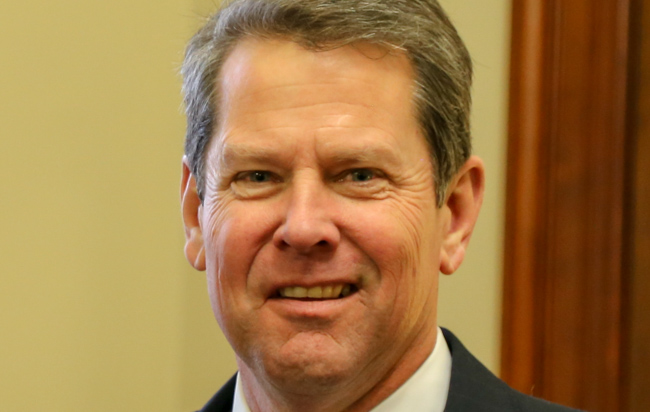 Brian Kemp said he’ll veto “religious freedom” legislation that goes beyond a version that's been federal law for nearly 25 years. But LGBTQ activists said the bill he supports is still discriminatory and sets a dangerous precedent.

Kemp made the comments Tuesday at a forum of hundreds of hotel and hospitality industry officials in Atlanta, according to the AJC. The Republican nominee for Georgia governor said he would sign a “mirror image” of the federal Religious Freedom & Restoration Act (RFRA) signed into law by President Bill Clinton in 1993.

“It’s time to do that, put that behind us so we can move on. It’s the same bill Nathan Deal voted on when he was in Congress,” he said. “That’s all I’m committing to do. Anything else, I’ll veto it.”

Stacey Abrams, the Democratic nominee for governor, spoke before Kemp and said of a federal version of RFRA, “The notion that we can hearken back to 1993 ignores the very strong difference between then and now.” On Saturday, Abrams said it was time to bury “religious freedom” legislation “in the grave.”

“While the federal RFRA had strong support across the political spectrum in 1993, the past decade has seen the courts interpreting RFRA in ways that the original sponsors never intended,” Georgia Equality Executive Director Jeff Graham told Project Q Atlanta. “This has led to the federal RFRA being used to justify the denial of healthcare, counseling, and other social services that are funded using public dollars.”

“That's a dangerous precedent to set, especially when there are already such strong protections for people of faith that are built into our state constitution,” he added.

“Such a broad division simply does not exist,” he said.

Colton Griffin, chair of the Democratic Party of Georgia’s LGBTQ Caucus, called it “quite astounding” for Kemp to tout his support for “religious freedom” bills before a tourism bureau.

“Make no mistake: the legislation Brian Kemp supports will discriminate against the LGBTQ community and create an economic disaster for all of Georgia,” Griffin said in a press release. “We've seen this movie before in Indiana, in North Carolina, and in other states. Georgia will not thrive unless we attract the best and the brightest to our state.”

“In order for Georgia to thrive, we cannot have Brian Kemp as governor,” he added.

Kemp signed a pledge to support “religious freedom” legislation last year. He stood by it at a Republican “unity rally” after trouncing Lt. Gov. Casey Cagle in the GOP runoff for governor.