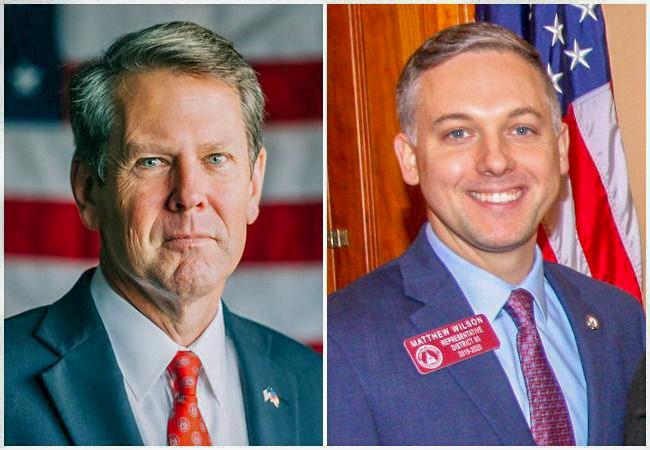 State Rep. Matthew Wilson was among the dozens of leaders that Gov. Brian Kemp appointed to a committee to ensure that all Georgia residents are counted in the 2020 U.S. Census.

Wilson (photo right), one of five openly LGBTQ members of the legislature, said he was “grateful” to be named to the Complete Count Committee.

“The work of ensuring that all Georgians are counted — especially those from our most marginalized communities — is a responsibility that I don’t take lightly,” he told Project Q Atlanta. “Nearly 25 percent of Georgians register as hard-to-count. We must ensure they have an opportunity to be counted, too.”

Kemp (photo left) reportedly offered a position on the committee to Stacey Abrams, his opponent in the 2018 gubernatorial election. Abrams suggested Jeanine Abrams McLean, program director of Abrams’ census group Fair Count, according to the AJC. Kemp then named McLean, who is Abrams’ sister, to the committee.

At least three LGBTQ people have been among the 80 appointments Kemp has made to state boards and criminal justice posts since taking office.

Here are the members of Kemp’s Complete Count Committee: