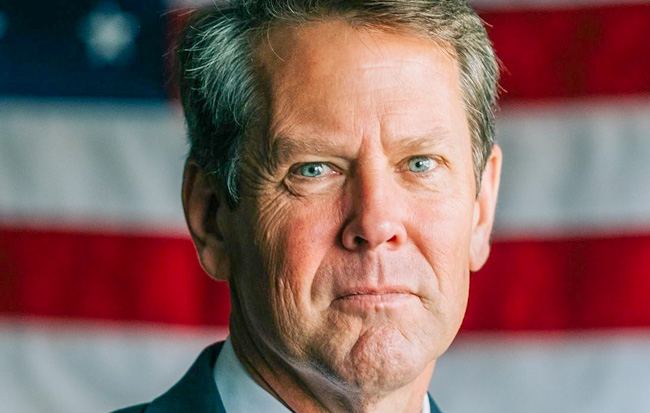 Georgia Gov.-elect Brian Kemp reiterated his plans to sign a “religious freedom” bill into law, and unveiled a transition team that includes a gay Republican and an anti-LGBTQ activist.

Kemp (top photo) told the AJC and WSB-TV on Monday that he would sign into law a “religious freedom” bill that mirrors the federal law that was passed in 1993.

“I support the exact language that’s in the federal statute now. It protects religious freedom, which we should absolutely do. It does not discriminate,” he said. “And I’ve been very clear on that. I’ll veto anything less and I’ll veto anything more.”

However, LGBTQ activists said the bill he supports is still discriminatory and sets a dangerous precedent.

“While the federal RFRA had strong support across the political spectrum in 1993, the past decade has seen the courts interpreting RFRA in ways that the original sponsors never intended,” Georgia Equality Executive Director Jeff Graham told Project Q Atlanta in August. “This has led to the federal RFRA being used to justify the denial of healthcare, counseling, and other social services that are funded using public dollars.”

“That's a dangerous precedent to set, especially when there are already such strong protections for people of faith that are built into our state constitution,” he added.

Kemp told the AJC and WSB-TV on Monday that he will uphold his promise to enact new abortion restrictions and expand gun rights.

“Everything I’ve talked about in the campaign I’m planning on doing. That’s something I’ve prided myself on: doing exactly what I tell people when I’m running,” he said.

Kemp's comments give credence to state Sen. Josh McKoon, who said recently that anti-LGBTQ “religious freedom” legislation is “finally going to happen” now that Kemp is going to be governor.

Joining Price and Barr on the transition team will be Allen Fox (second photo), a gay Republican who founded the group Georgia Republicans for the Future to oppose anti-LGBTQ “religious freedom” legislation.

We reached out to Fox to talk about his appointment to the transition team and will follow up when we hear back.

Another addition to Kemp’s transition team is Virginia Galloway, the regional field director for the anti-LGBTQ group Faith & Freedom Coalition.

Galloway has maintained a presence at the State Capitol advocating for anti-LGBTQ “religious freedom” legislation for years. She also criticized Fulton County officials for readying the county for marriage equality in the run-up to the U.S. Supreme Court’s ruling on the matter in 2015. And she said she was “sick and beyond disappointed” by Deal’s “religious freedom” bill veto in 2016. She fought against an LGBTQ-inclusive hate crime bill at the Capitol in 2018.