Brawling with your boyfriend can cost big bucks 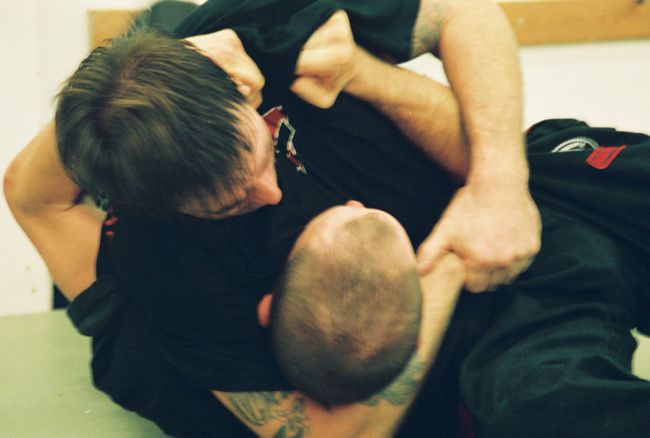 Brawling with your boyfriend can wear a gay out. But after you smack him around, it’s probably best to flee before the cops arrive. Not lay down for a power nap. Most times, the partner high tails it out of there before Atlanta police arrive. But not this 29-year-old aggressor. After he tussled with his 33-year-old boyfriend in their northwest Atlanta home, he retired upstairs to the bedroom. Not to pack a getaway bag, but to rest his weary self. He was worn out after the altercation. No details on what prompted the fight -- infidelity is often the culprit; sometimes it’s just habit -- but the two went fist to fist in a confrontation that damaged the bedroom door. Let’s hope it didn’t start in the bathroom. Those always get messy. And naked. The younger gay hit the older one in the face, leaving “visible marks on his lower lip, as well as scratches on his neck, some of which were bleeding.” But the older gay went down swinging, causing “visible swelling to [the] face as well as several scratches.” At least he landed some return blows. When the cops discovered the younger boyfriend in the bedroom, he casually offered this as he lay on the bed: Yeah, we “tussled.” You got a problem with that? The cops did, hauling both men off to the Fulton County Jail. They spent a few hours behind bars before their release. But this domestic dispute comes with a cost: $2,000 bail for each one. And future court appearances. This item was taken from an incident report filed Dec. 29 with the Atlanta Police Department.