Bravo’s Andy Cohen (and his book) to hit Atlanta 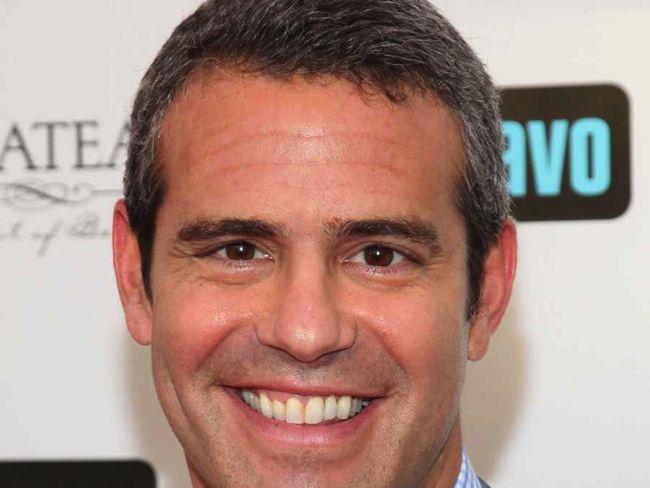 Bravo’s always smiling gay executive Andy Cohen just can’t get enough of Atlanta. He returns next week not to referee another “Housewives” catfight but to pitch his new book. Yes ma’am, this pretty gay writes, too. Cohen is no stranger to Atlanta. He loves him some Blake’s, hits town for the HRC dinner and swings through to face down “The Real Housewives of Atlanta” cast and call them out for their faggot fight. On June 6, he’ll pop into Atlanta to promote his new book, “Most Talkative: Stories from the Front Lines of Pop Culture.” This guy loves television and he loves to talk and kick up some dust on his late-night show “Watch What Happens Live.” That’s where the latest Adam Lambert-Clay Aiken feud started. Here’s the pitch for “Most Talkative”:

Cohen's journey begins with him interviewing his all-time idol Susan Lucci for his college newspaper and ends with him in a job where he has a hand in creating today's celebrity icons. In the witty, no-holds-barred style of his show Watch What Happens Live, Andy tells tales of absurd mishaps during his ten years at CBS News, hilarious encounters with the heroes and heroines of his youth, and the real stories behind The Real Housewives. Dishy, funny, and full of heart, Most Talkative provides a one-of-a-kind glimpse into the world of television, from a fan who grew up watching the screen and is now inside it, both making shows and hosting his own.

Cohen’s visit to Atlanta is sponsored by SCAD-Atlanta and A Cappella Books. He will appear at SCAD on Peachtree Street in Midtown at 6:30 p.m.