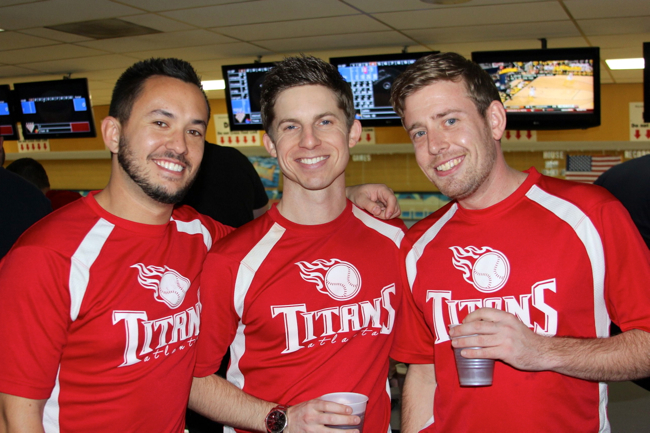 The gay Hotlanta Softball League’s Atlanta Titans know more than a little bit about beer busts, studs and shaking off the winter blues. To that end,the team rolled out it fourth annual Bowling Beer & Boys on Sunday at Midtown Bowl.

Just like last year, the event was a great way to ring in Atlanta’s upcoming gay softball season. It’s simple. Gather up the guys – and more than a few gal pals – and do all-you-can-drink beer while you work the lanes.

You see, beer busts are something of a Titans specialty. Well, that and Studs & Suds carwashes. Oh and softball, of course.