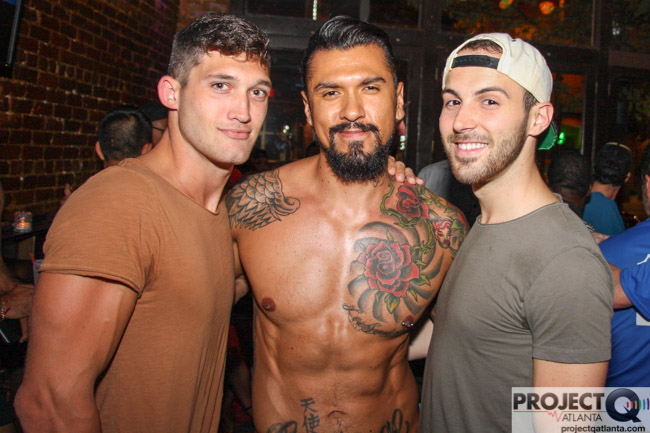 Lyft released its top 10 destinations that Atlanta riders pointed to this summer, and one popular gay bar snuck into the fold – Midtown mainstay Blake’s on the Park.

The bar ranked eighth on the Lyft list, which is no surprise. The popular nightlife spot hosts LGBTQ politicos, smiles and cocktails all weekend long and even gets “Shameless” during the week.

Who grabbed the top spot? That would be the Georgia Aquarium, which by the way hosts LGBTQ Atlanta every year for the Atlanta Pride kickoff party.

Gayborhood fave the W Atlanta – Midtown landed at number two, while Six Flags Over Georgia, which hosted Atlanta Pride’s Out in the Park event in June, rounded out the top three.

Making somewhat of a surprising appearance on the list is the Hotel Clermont, which just reopened in late June after a major renovation project. The Clermont Lounge reopened last year though, so those long sweaty nights of dancing and Blondie’s can-crushing exploits seemed to have remained a major draw.

“Since Lyft launched in Atlanta we have been dedicated to providing drivers with a flexible earning opportunity and a convenient way for passengers to connect with the people and communities that matter most to them,” Sam Bond, Lyft’s Atlanta general manager, said in a prepared statement.

“Summer is a great time of year to get out and explore new areas of Atlanta. We see that many people are taking rides to places like the Georgia Aquarium and the rooftop at Hotel Clermont to experience what makes our city so special.,” he added.

The rideshare company’s list covers rides taken in Atlanta from May to July.

Photo: Boomer Banks (center) at an appearance during “Shameless” at Blake's