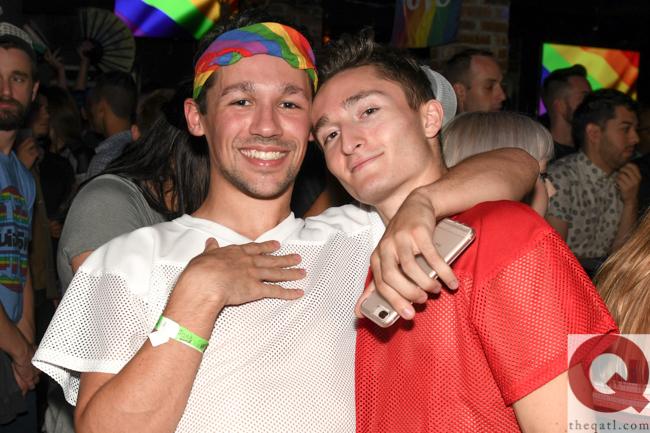 Plus, a controversial Atlanta restaurant – The Flying Biscuit – made the ridesharing company's list of top brunch destinations.

Blake’s came in just behind Dark Horse Tavern in Virginia-Highland and The Ivy in Buckhead on the top bars list (below).

And why not? Blake’s started the year off right by making it rain, had a “shameless” good time with Kyra Mora and friends, consistently packed the house on weekends, hosted inspiring young LGBTQ politicos, did it up for Pride and had a thriller night for Halloween.

The honor follows Blake’s making Lyft’s top 10 of the summer for all Atlanta destinations.

Lyft also released its top brunch destinations of the year in Atlanta, and Midtown favorite Mary Mac’s made the cut. But so did one restaurant chain that landed in the middle of an election season controversy.

The Flying Biscuit was Atlanta’s fifth-most visited brunch spot by Lyft riders this year. Joseph Hsiao, owner of the Flying Biscuit locations in Candler Park and Midtown, was revealed in September to be an avid supporter of Brian Kemp. Kemp, who narrowly beat Stacey Abrams in the governor’s race in November, is strongly in favor of “religious freedom” legislation that is decried by LGBTQ activists and the city’s business community.

Georgia campaign finance records showed that Hsiao — either under his name or that of the Candler Park Flying Biscuit — donated $2,000 to Kemp’s campaign. He was also photographed attending a Kemp rally.

The full lists for Lyft riders’ most visited bars and brunch spots is below.