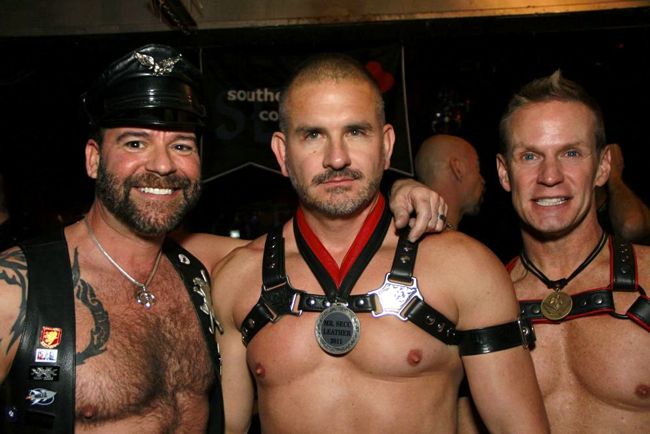 Before its centerpiece Mr. Atlanta Eagle contest named a winner on Saturday, Atlanta Leather Pride opened its three-day celebration on Friday with the Black & Blue Ball at the Eagle. 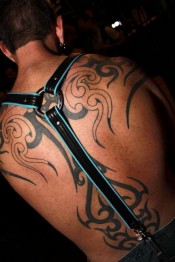 “We’re very excited about the weekend, and one of the biggest reasons why is that it’s the second annual Atlanta Leather Pride, so we’re really excited to have that first year under our belts and be able to keep it going,” Pup Nitro, an organizer of the event, told Project Q Atlanta in advance of the festivities. “The other big reason is that a lot of the leather clubs from around the Southeast will be joining us this year to celebrate.”

Nitro was less contained in his enthusiasm when he took to Facebook after Friday’s ball.

In addition to the Mr. Atlanta Eagle 2011 contest (view photos and report), the weekend also included a Saturday afternoon beer bust and cookout as well as a Sunday brunch.

Next up for Atlanta’s leather and fetish crowd is Atlanta SM Solidarity’s Spring in the South XXIII, set for April 29-May 1. The annual event boasts expert players from all over the country leading workshops ranging from leather and boot care to flogging, bondage and needle play. The weekend also includes a vendor mart.

“All genders and sexual orientations are welcome at the event and encouraged to attend. Whether just curious, or even a novice or expert, there is something for everyone,” according to the Spring in the South announcement.