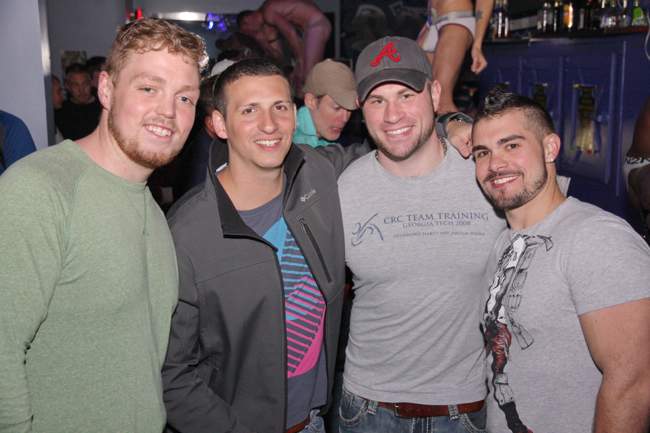 Size queens that they are, the dancing boys of BJ Roosters flung open the doors of their bigger, better space on Wednesday a few blocks south of their former home. The go-go bar hosted its final dance at its old space near Cheshire Bridge and LaVista roads on Sunday before moving and re-opening for a soft launch on Tuesday. On Wednesday, they were fluffed and ready for action in the 4,900-square-foot space next door to the Heretic. With the additional 2,000-square-feet, BJ's kept their pool tables and high tops, adding couches and some additional games for patrons. No more working through tight spaces to move past the main bar. No more cramped rest rooms. And of course, the new space offers intimate VIP rooms, like the bar's former home, for those moments when bar top dances just won't suffice. The bar says to expect a formal grand opening celebration sometime in May. But first, there's Bobby's Big Top Big Bottom Circus Birthday on March 21 to mark owner Bobby Hamill's birthday. Expect something like this.