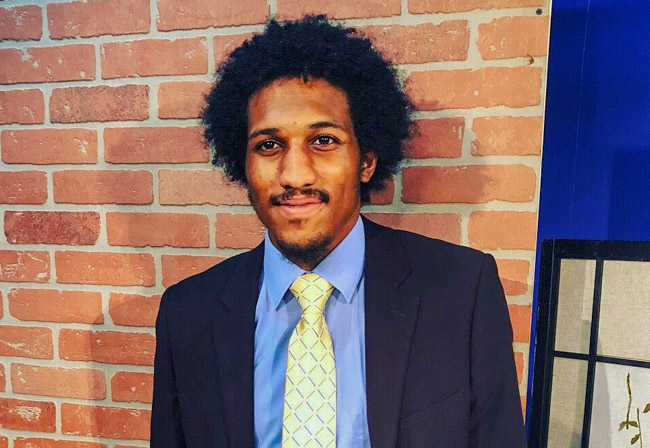 Entrepreneur Antwon Stephens hopes to overcome the odds by beating a four-term Republican in Georgia’s 9th Congressional District race in 2020.

“I was raised in north Athens, which is a much different outlook than actually being in the city of Athens,” he told Project Q Atlanta. “I was only a couple miles from the Madison County line. I was raised by conservative Democrats, so I have a rally good feel for what rural Georgia is looking for.”

Stephens, who is bisexual, plans on making LGBTQ rights one of the main issues of his campaign. He said he’ll speak out against the ban on transgender troops, and President Trump’s poor record overall on LGBTQ issues.

“I’ll be baiting Doug Collins to talk about these issues,” he said.

Collins criticized an opponent for supporting civil unions in the 2012 race for the 9th District seat, slammed President Obama’s guidance on transgender access to restrooms during the 2016 race and was a co-sponsor of the anti-LGBTQ First Amendment Defense Act.

Stephens will need to rely on his fundraising prowess in the race against Collins, who beat his Democratic opponent by 60 points in the 2018 election.

Stephens raised over $100,000 in his run for Athens mayor last year. He later dropped out due to complications from cystic fibrosis. Stephens said he’s all healed up.

“I’m much better,” he said. “After that incident I got on a workout plan, got much better eating habits and much better doctors.”

Stephens will also push what he calls the New Rural Deal.

“I put that on the platform based on a program Dr. King had proposed in the ‘60s. It encompasses economic and social empowerment, just wages,” he said. “And what I mean by just wages is wages that actually protect rural Georgia, because many times you’ll see people say they want to raise the minimum wage, but what grabs people in rural Georgia is how to spur small businesses.”

He also supports Medicare for all, a decrease in military spending and legalization of marijuana.

“I have that background experience, so you could say I’m just coming out of the background myself,” he said.

Stephens said he plans on qualifying for the race this week.