Billy Porter, Tiffany Haddish do Swinging Richards ‘Like A Boss’ 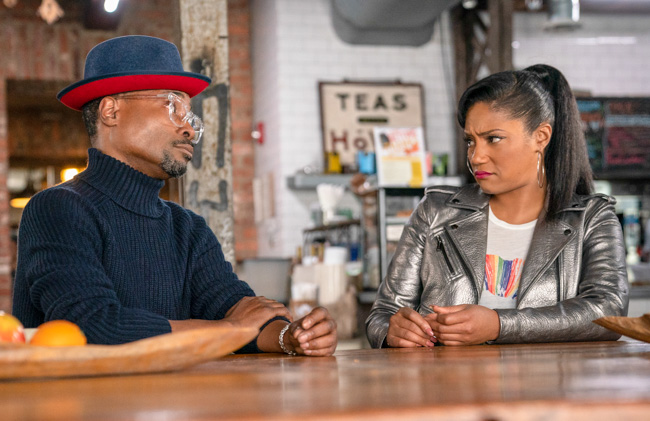 “Pose” star Billy Porter took in the sights of Swinging Richards while he was in Atlanta filming his latest movie, and his guide for the evening was actress and comedian Tiffany Haddish.

Porter (photo left) talked about the visit to the strip club in a Jan. 9 appearance on “Good Morning America.” Porter and Haddish (photo right) were filming the comedy “Like A Boss.”

“Listen, I’m a gay man of a certain age, I’ve been to some strip clubs,” Porter said. “But I ain’t been to a strip club with Tiffany Haddish before.”

Porter said he asked his husband about it, who called Swinging Richards “the most famous strip club in the world.”

“So we went there, and she was like the queen of the strip club,” Porter said.

“I’m gonna come on back to the strip club next time I’m in Atlanta,” he added.

Porter saw more skin beyond the boys of Swinging Richards while in Atlanta. Project Q Atlanta spotted him at the Santa Speedo Run in Midtown in December 2018.