Bill would expand Georgia rape law to include men 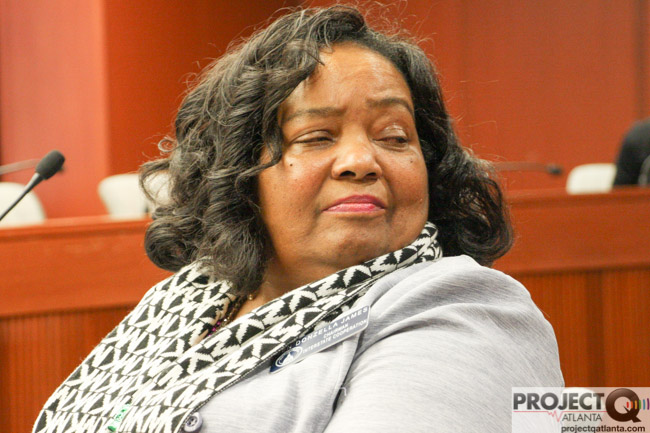 A bill in the Georgia Senate would expand the state’s definition of rape to include men, a revision that LGBT advocates say would better help victims and aid police in criminal investigations.

“The way the Georgia code is written right now, it excludes men from being raped, it excludes individuals from within the LGBTQ community,” Kaj Gumbs, a Morehouse College student, said during a Senate Judiciary Subcommittee hearing on Feb. 28.

“These things just aren't acceptable in this country, in this state. It is unacceptable,” he added.

James’ legislation would change that so men could also be victims of rape under state law. Proponents of the bill say it would address a slight to LGBT victims and show that what happens to them matters. It could also help address sex crimes against LGBT inmates by allowing prosecutors to charge perpetrators with the actual crime they committed, James said.

The change would also align Georgia law with how federal authorities define rape for nationwide crime reporting. In 2012, the U.S. Justice Department revised its definition of rape to include any gender of victim and perpetrator.

Gumbs and other college students worked with James to craft the legislation.

“As result of working with young women, we found that young men are also being raped,” James said during the hearing last week. “Some of the students came to me last summer and sat with me and asked if we could make rape, no gender to it. This is where this was birthed from.”

Armani Alexander, a Morehouse student and advisor in a campus residence hall, said he has counseled male students that have shared their stories about being raped.

“We can’t look at it as an LGBT effort or a male effort but this is a humanitarian effort, this is an American effort,” he added.

Sen. Elena Parent, a member of the Judiciary subcommittee, called the bill “a cleanup measure.”

“We have out of date language that doesn’t properly recognize that you don’t have to be female to suffer a rape. That is what this would do,” Parent said.

The legislation received a hearing but the subcommittee did not take a vote on it. That likely means it won’t see any additional action by lawmakers during this legislative session.

“To me it is a simple argument, it is not complex. Rape is rape,” Gumbs said.