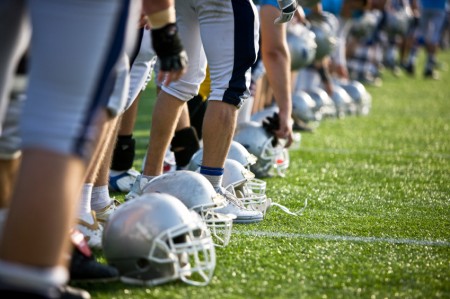 Like Bobby Framingham, Bill Konigsberg had a secret in high school. Both athletes didn’t know if they could be openly gay and a jock on campus.

For Konigsberg, a longtime sports journalist turned novelist, his choice as a high school senior in the late 1980s was to quit the baseball team, join the drama club and come out. For Framingham, the protagonist in Konigsberg’s debut novel, the choice is just as grueling.

“I had no sense of how you were supposed to be athletic and openly gay,” says Konigsberg, 38. “It just seemed completely incongruous. I thought I could get by in high school, but being in the locker-room just wasn’t going to work.”

It’s a question closeted high school jocks confront every day and one that Konigsberg explores in “Out of the Pocket,” which was released in September. As a former sports writer, most recently with the Associated Press, he had plenty from which to draw for the book.

Konigsberg talked with Project Q Atlanta in advance of his Dec. 9 appearance at Outwrite Bookstore & Coffeehouse, where he will discuss “Out of Pocket.” He may even reveal details of his second book, “Not Exactly Peyton Manning,” set for publication in 2010. 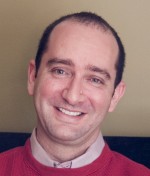 Q: Where did the story idea behind “Out of the Pocket” come from?

Back in 2002, I went off to graduate school at Arizona State. It was my first story I wrote there. I wrote about a gay football player – it seemed like the right thing to do. I had just won the GLAAD media award for the [coming out] piece I wrote at ESPN.com.

But the piece [about the football player] was terrible. It was terrible because the entire story – the outer story – was about a boy standing at the edge of the ocean and pondering whether he should walk in and never walk out. The entire outer story was him standing there thinking about things. I was new to writing stories and wasn’t aware that was not the most riveting plot. Now, that scene appears in the story in a very riveting form.

Q: You came out to the sports world in 2001 through a piece for ESPN.com and later enjoyed a successful career as an openly gay sports writer. Why give that up?

I went to grad school to give myself an opportunity to write fiction. Fiction has always been my first love. I was having trouble doing both, especially in a career like journalism. To take that and go home and write fiction, I was not doing well with that. I like having the ability to move away from the truth. That sounds sort of basic, but it really is true. They frown on that in journalism.

Q; You’ve been out of high school for nearly 20 years. How did you assure the tone of the novel rang true with a current-day high school?

One way is that as a writer, I’m always listening. I don’t have kids and I’m not affiliated with a high school, but I had my panel discussions and talked with some kids mostly and I always listen. My ear picks things up.

One of the nicest things that happened off the book is that the authenticity of the voice has not been questioned by anyone. I also think I am sort of immature. Writing the thoughts and feelings of a 17-year-old doesn’t feel like a crazy stretch for me, which is probably alarming. But it’s true. It hits your ear and feels very normal to me. 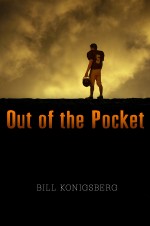 Q: How much of “Out of Pocket” is truth and how much fiction?

It really takes off once you start to write it. It’s really a work of fiction. As a writer, I start with whatever I start with – in this case, it was a morsel of truth. People ask me if I know who Bobby Framingham is and if he’s a real person. He’s not. He’s part me, he’s part Corey Johnson [a high school football player who came out publicly in 1999], he’s part somebody I’ve never met.

You know what really pisses me off, by the way, is that a lot of people talk about having a crush on Bobby’s love interest, but not him. Bobby’s a little bit me, so, wouldn’t it be nice for someone to say they have a crush on Bobby? What concerns me is that I haven’t gotten enough groupies out of this.

Q: What’s your sense on the atmosphere for gay high school athletes today?

It is better. I was just at a high school last month speaking. My sense is that this younger generation has a better understanding and acceptance of these issues of sexuality than our generation did by a long shot. It’s not easy to be a gay kid today by any stretch, but it is easier. In some places, gay kids do just fine. But it varies from school to school.

Bill Konigsberg appears at Outwrite Bookstore & Coffeehouse on Dec. 9 at 7:30 p.m. to discuss “Out of the Pocket.” Read his essay about the book on Outsports.