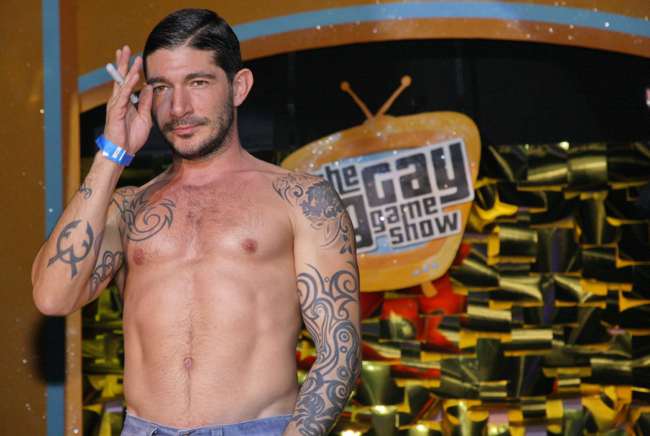 There he was offering up some adult-oriented wit for “Match Game” and stripping off one of his eco-friendly t-shirts for a winner during “Let’s Make A Deal.” The appearance at the charity event at Jungle was one of two stops in Atlanta for Hazzard, who is on tour promoting his new line of t-shirts for Ruff Riders.

The fleshy offerings during the monthly fundraiser for Lost N Found Youth always provide some of our man-candiest moments. Beyond Hazzard (top photo), a trio of hunky Jell-O shot boys from Bliss paraded about in briefs from Boy Next Door. And before playing “Family Feud,” Atlanta Freedom Bands provided musical interludes during the night. Ever heard Lady Gaga played by a marching band? It’s an experience.

One of the sweet surprises of post-lockdown Atlanta is Wussy’s Bottoms Up! Brunch. It features national headliners each month at City Winery. Locally raised...
Read more
Community

The City of Atlanta will extend bar hours on Sunday, Oct. 10, allowing celebrations to go late on the last night of Pride Weekend. Despite...
Read more