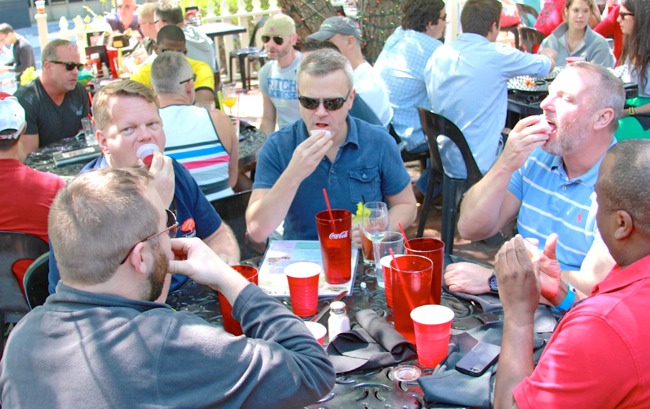 The gays party in summer, they party in winter. They party for Halloween and they most certainly party on Sundays. So what’s a gay boy to do when it’s time to celebrate his coming out anniversary? Party. With a beer bust.

So that’s what gay Atlantan Paul Beauchamp did on Sunday at Joe’s. But in keeping with his give-back, LGBT activist tendencies, Beauchamp’s beer bust celebration of his coming out fourth anniversary benefited Lost N Found Youth. And thanks to a packed patio (and full house), the event raised more than $3,000.

How could it not with a pitch like this:

And that’s what this is all about, coming out is still rough for many of today’s youth and not all of them receive the love and support they deserve. Lost n Found helps LGBT youth who have been forced out of their house and are to live on the street. While coming out is never easy, let make it an even to celebrate! And what better way to celebrate than with drinks and plenty of good friends! Only $10 gets you all the beer you can drink!