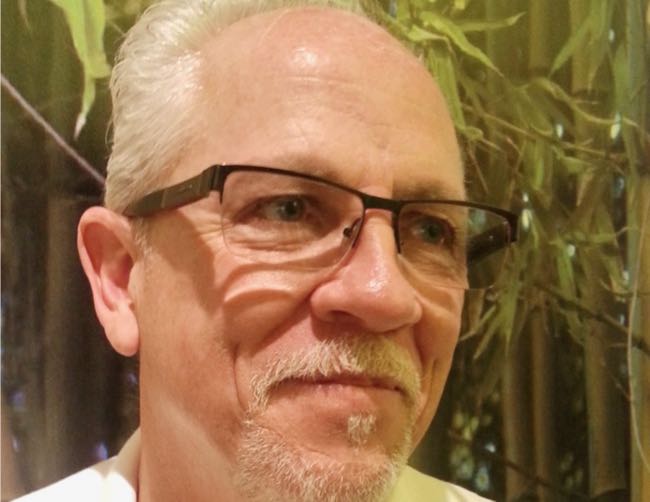 A few months ago, Tom Landrus was looking forward to celebrating the 10th anniversary of opening Big Frog Custom T-Shirts of Buckhead. Then coronavirus happened.

Now, his handful of employees work from home and have had their hours reduced, business has dropped and Landrus (photo) – like most small business owners – is hanging on for the ride of a lifetime. Yet he’s launched a new product line to help LGBTQ-owned businesses that are struggling or have been shut down during the statewide stay-at-home order.

“We go to these places and there’s a bunch on the list,” Landrus said. “When they had to shut down nearly overnight, we thought it would be nice to have something to help.”

The effort launched on April 10 and already includes 12 bars and restaurants as well as Big Frog – all but two of which are LGBTQ-owned. They include the Eagle, Felix’s, Friends, Guac y Margys, Heretic, Hideaway, Mary’s, My Sister’s Room, Oscar’s and Woofs. The other two businesses are Avondale Estates Pizza Cafe and Olive Bistro.

By early last week, the I Heart Fundraiser had already raised nearly $700 for the businesses, Landrus said.

“It’s been great. They’ve all embraced this. They are trying to get some momentum going,” he said.

Landrus wants to add another 10 LGBTQ-owned businesses in the coming days and continue to expand as the pandemic continues.

Mayor Keisha Lance Bottoms ordered bars and nightclubs closed and ended in-person dining in restaurants in mid-March. Some restaurants and bars have turned to offering takeout and delivery. Other non-essential businesses have also closed during the pandemic.

For Big Frog, the business is closed to the public and sales have plummeted, but Landrus said they can still fulfill what orders are coming in – including ones from the launch of the I Heart Fundraiser. He’s been forced to reduce the hours of his four employees and even furlough one of them.

“Customers walking in the door have vaporized. Orders have dropped. We have some bigger stuff cooking right now, but it’s few and far between,” Landrus said.

Landrus and his husband opened the Big Frog franchise in 2010. Landrus, an accountant, took over fulltime when his husband died in 2017. The business has often led the company in sales and 2020 looked promising. Until it didn’t.

“I’m sure 2020 is going to be the worst year we’ve ever had since we opened. No one is buying any volume of shirts,” he said.

But the I Heart Fundraiser gives Landrus some hope and provides a way to give back to LGBTQ-owned businesses, even as his own struggles.

“The goal is to help raise money during the pandemic. It is really to help them with their employees and employee expenses,” Landrus said.

“We all need to try and hang in there. We all know how much small businesses drive the economy. If small businesses don’t survive, it will create all sorts of gaps and there won’t be jobs for people to go back to,” he added.

As for that 10th-anniversary celebration, Landrus remains optimistic that businesses will reopen and they can celebrate sometime this summer.

“Who would have thought that on your 10th anniversary that you would be shut down,” he said.

Check out the products available during the I Heart Fundraiser.