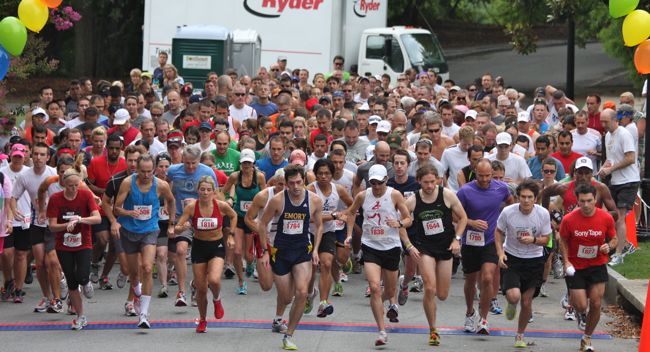 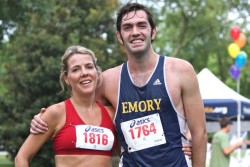 Showing your pride can be done in so many ways, some of which involve alcohol, drag queens and a parade through Midtown. But nearly 400 people laced up their running shoes early Saturday and displayed theirs by taking part in the 21st annual running of the gays.

Also known as the Atlanta Pride 5K Run & Walk, the event again stepped off from inside Piedmont Park on Saturday. Some 315 people registered in advance, leading race organizers from host Front Runners Atlanta to estimate that the number swelled to around 400 by race time. 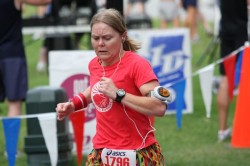 Some 17 minutes after the start – 17:28 to be exact – Andrew Sullivan (second photo right) moved across the finish line in his navy Emory outfit, taking top honors for the race and the men’s division. Three minutes later – at 20:36 – Kim Feather crossed the finish line, finding herself in an all-to-familiar spot – first place among the women like she did in past years, including 2007 and 2008. In fact, Feather has captured the women’s crown in the Pride race some 14 times. (Her string of 13 consecutive titles was broken in 2010.) 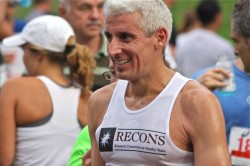 Brad Slavens and Amy Cohen took the masters titles in their respective categories. View the full list of winners and participants.

The event again benefitted HERO for Children, an Atlanta-based non-profit that works with children infected with and by HIV/AIDS. Race organizers said before the event they hoped to raise more than $10,000.