Bid on beef and beefcake in Bucks ‘Meat Raffle’ 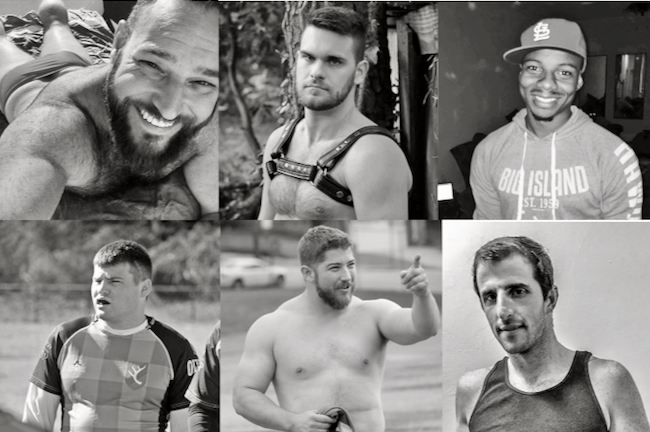 Any gay men out there ready to put some fresh meat in your love life? If your answer is yes, the Atlanta Bucks Rugby Football Club hosts the Bucks Meat Raffle: A Different Kind of Bachelor Auction on Saturday.

The Bucks wanted to give this year’s edition of its semi-regular bachelor event a special touch.

“We’re using the term ‘meat raffle’ to be a funny take on dating in the gay world, because it can be a bit of a meat market,” says Blair Dempster, club president. “Each package will be inclusive of a cut of meat that will symbolize that member or the date package. The youngest guy auctioned off might come with a cut of veal, or a date package with a chiropractic adjustment as part of the prize might come with a side of ribs.”

Date packages up for auction include donated items with gift certificates for things to do around town, like dinner for two, admission to plays or concerts, couples massages, and other unique items. The Bucks have taken care to craft a fun theme for the event and picked bachelors who represent the members of the club.

“The members of the Bucks span a wide range of ages, backgrounds, races, builds, athletic abilities, athletic experience, sexual orientations,” Dempster tells Q. “Each package will be paired with a Buck, and whoever wins the date will have the option to take the Buck on the date or just use the date package with someone else.”

And the Bucks for bid are a diverse bunch in race, body type, and even orientation.

“We're all different, and that's part of what makes the club an awesome group to spend time with,” he says. “When we were figuring out which guys to auction off, we wanted the bachelors to be a good representation of our club, so we wanted to make sure there's a rugger for everyone.”

At the bachelor auction, in addition to a Beer Bust, Jell-O shots and other surprises, the Bucks begin selling Bingham or Bust raffle tickets with a grand prize including airfare and accommodations for two to accompany the Bucks to Amsterdam.

“A lot of bachelor auctions can get wrapped up in appearance and people can forget to have a good time,” Dempster asserts. “We want the guys being auctioned off to have fun, we want the date packages to be unique and enjoyable, and we want the people attending the auction to enjoy themselves.”

From here, the Bucks have a busy schedule with matches through April and more fundraisers, including the signature Miss Ruck-N-Maul Pageant in April and Purple Dress Run in May. Even better, the guys are known for their philanthropy and fraternal spirit, and they’re always looking for new members.

“It may sound cliché, but we're a brotherhood. We're a family. We love each other,” Dempster says. “We’re constantly growing, so there's always spots open to add new members to our family.”

This article originally appeared in Q magazine. Read the full issue below, and pick up your hard copy at LGBTQ venues around town: