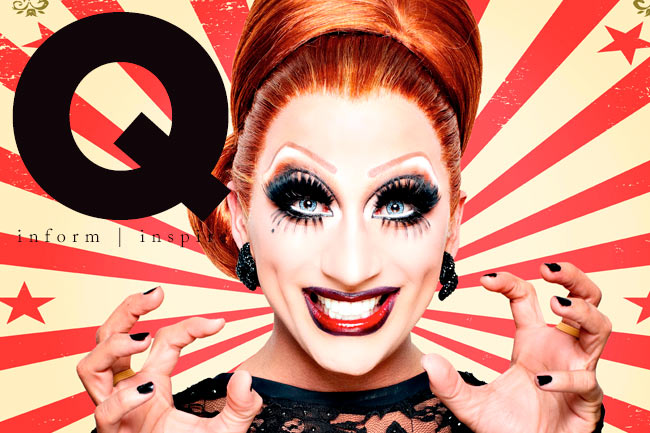 Femme shaming, star lust, turning a 'Lewk,' high drag, and undying originality are just the start of a conversation about the 'loss' of LGBTQ identities in this week's Q magazine.

In an ongoing internal war over identity politics, the fight for queer equality makes for strange bedfellows, and if variety is the spice of life, then queer identities are right at the top of its delicacies. Q magazine is here for it every single week. Even when an issue creates messy internal strife, it also creates change and widens perspectives.

This week, we look at one of queers’ many important internal arguments – the one between those who would assimilate into mainstream culture and move on from the movement, and those who fear that doing so erases our history and the very things that make being queer so fabulous.

You know, people ecstatic about gay marriage and military service, and others who thought avoiding those things were two of the biggest advantages of being queer. I jest. Sort of.

In our Conversations feature, I take a deep dive into the question of whether we’re erasing queer culture by assimilating too quickly into heteronormative patterns, and reacting too knee-jerk to each other when we encounter differing opinions. Can’t we have our equality cake and eat our queer culture too?

Our weekly 10 Queer Things list picks up the topic with 10 aspects of queer culture that aren’t going anywhere anytime soon. And speaking of queer things, some of the funniest drag one-liners come in our Cover Story on Bianca Del Rio, who hits Atlanta this week.

Another queer making waves by doing what he loves is college basketball groundbreaker, current Hot 100 gay bachelor, inspirational queer intersections advocate, and traveling recording artist DJ Will Sheridan. He hits town for the Lewk party, and we offer the scoop on who, what, when and where to get in on his action.

Elsewhere in the mag, the latest opinion piece by Sunni Johnson calls out femme haters among gay men and lesbians, an Atlanta actor takes on Barbra Streisand in our Stage preview, the Queer Agenda calendar of upcoming performances and parties is supersized, and Q Shots relives your most photogenic moments from recent events. To top it all off, The Q advises three readers on sex etiquette, and it’s eye opening to say the least.

Pick up your hard copy of Q magazine to take home at LGBTQ venues around town, flip through the digital edition below, and stop by Project Q Atlanta any time for queer content brewed fresh daily.