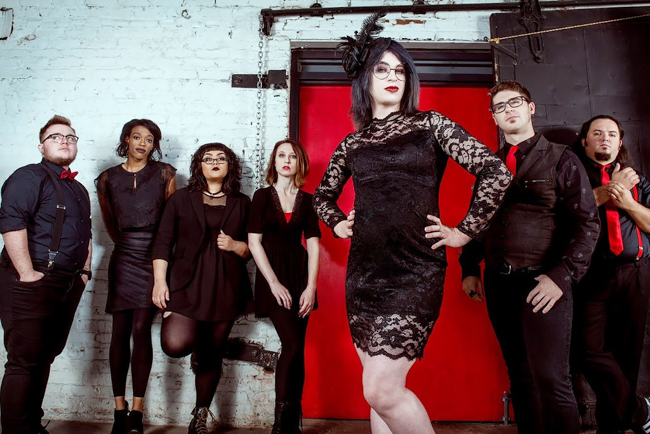 The LGBTQ local calendar is ridiculously full of chances to get out, show out, be out.. It’s a lot, but you can handle it. Probably. Or you know, at least you’ll have fun trying.

Automoto. Springtime on the Beltline and its first-ever European carshow while you saunter @ East Side Trail, all weekend beginning Friday at 4 p.m.

Men With Money: Closing Weekend Three young bachelors, two gay and one straight, are looking to marry their way from rags to riches in a re-imagined 1950s @ Aurora Theatre, 8 p.m.  Read the Q preview.

Gays for Plays: Falsettos. The local queer theater group gathers for this musical about a man who leaves his wife for a guy with a queer-inclusive ensemble of supporting characters @ Actor’s Express, 7:30 p.m. Runs through April 28.

Play Pajama Party. The dress code is in the name with the LGBTQ-fronted For All Humans party crew and host Jupiter Velvet @ Moxy Midtown, 9 p.m.

Untitled. It’s the second iteration of this party “for the unapologetically black and queer.” Complementary Jameson while it lasts @ 485 Edgewood, 10 p.m.

Atlanta Leather Pride. The annual weekend includes title contests and the Sweat Saturday party @ Atlanta Eagle, all weekend. Tonight is Bar Night for guests and title contestants. Chances are these hot guys will be there.

Automoto. The first-ever festival of European cars and motorcycles to see and enjoy right on the Beltline @ East Side Trail, all day and Sunday too.

Atlanta Dogwood Festival. The trees are in bloom, and the shorts and tank tops are out @ Piedmont Park, all weekend.

Atlanta United Watch Party. The local LGBT pro-soccer fan club All Stripes checks out the away game @ Georgia Beer Garden, 7 p.m. The game is also on the TVs @ Woofs. All Stripes knows how to party.

Men With Money: Out on Film Night. Three young bachelors, two gay and one straight, are looking to marry their way from rags to riches in a re-imagined 1950s. Tonight with a talk-back moderated by Out On Film @Aurora Theatre, 8 p.m. Read the Q preview of the play

Joel Kim Booster. The gay comic setting the comedy world on fire returns to Atlanta for one show @ Punchline, 7 p.m.

Automoto. The first-ever festival of European cars and motorcycles to see and enjoy right on the Beltline @ East Side Trail, all day.

Bulge: Tacos & Tequila Sunday. The first of what will hopefully be many, benefitting the National Coalition of Sexual Freedom @ The Hideaway, 3 p.m.

Daddies in Kilts. It’s a beer bust with a dressing theme for a good cause @ Woofs, 3 p.m.

SFQP Planning. Get in on the ground floor with organizers of the upcoming Southern Fried Queer Pride. All are welcome @ Neighborhood Church 4 p.m.

A version of this calendar originally ran in Q magazine. Read the latest issue for even more. You can also check out our schedule of queer Atlanta’s best spring shows, soirees and specials through Memorial Day.