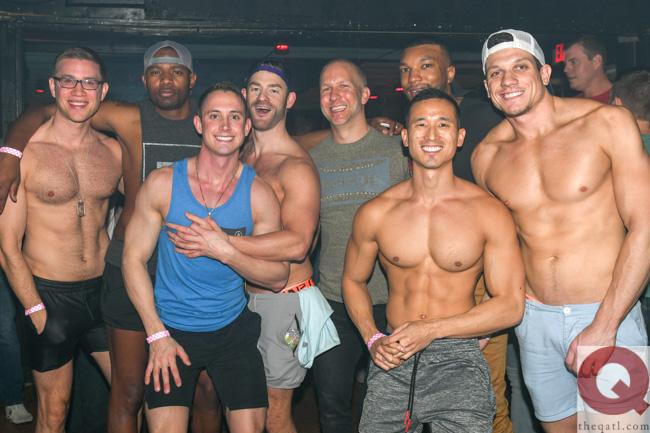 Even when the temps aren’t cooperating, spring is in the LGBT Atlanta air when gay sports leagues, niche exhibits and queer plays start piling up. See what you can get into this weekend.

“Perfect Arrangement.” Topher Payne’s play about a gay male and a lesbian couple in the 50s hiding in plain sight as two straight couples takes its bow @ Theatrical Outfit, 8 p.m. Runs through March 18.

#GirlScoutCookieDaydrunk. Drink specials put you to bed early or make you the life of the party as the sun drops @ Mary’s, 2:30 p.m. Do it, and you may not remember what you did during the regularly scheduled shenanigans, 9 p.m.

NFFLA Team Reveal Party.The gridiron gays of National Flag Football League of Atlanta starts up their season by hookingup coaches and teams over food and drinks @ The Deep End, 6:30 p.m.

Sporty Sunday Funday. All the games and matches on the screens, and all the guys to watch it with @ Woofs, 12 noon. Stick around for the Academy Awards on all screens.

Academy Awards Watch Party. Out on Film hosts a big gay fete in Buckhead, as do all your favorite Midtown bars @ ABC, 7 p.m.