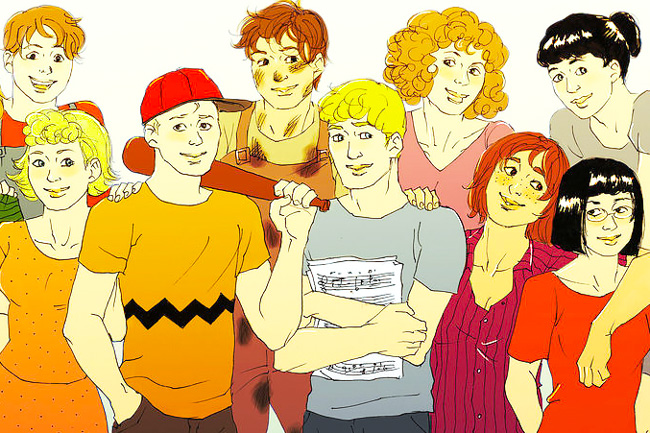 People, plays and performances await in an LGBTQ Atlanta calendar just teaming with weekend event options. Sit back, scroll down, and set your Queer Agenda by our watch.

Dog Sees God: Confessions of a Teenage Blockhead (top photo). The Peanuts gang hits their teens to confront major social issues in this play @ Out Front Theatre, all weekend. Read the Q Preview.

#Daydrunk: Bastille Day. Drink specials put you to bed early or make you the life of the party as the sun drops @ Mary’s, 2:30 p.m. Do it, and you may not remember what you did during the regularly scheduled shenanigans, 9 p.m.

Backpack in the Park. Another venue change for the do-gooding gays of For The Kid In All Of Us as they collect school-supply backpacks @ Greystone at Piedmont Park, 7 p.m.

Orange You Glad Noni’s Is 10? The queer owned and alternaspace does an anti-Trump themed celebration of its decade anniversary @ Noni’s, 8 p.m.

Armorettes (bottom photo). The camp drag crazies with the hearts of gold against AIDS are in their 40th year of weekly shows, now in a new home bar @ Midtown Moon, 8 p.m.

After Hours. Urban Hip Hop all night by resident DJs, plus 15 dancers and three levels to party presented by Culmination Productions keep you partying as late as you want @ Tokyo Valentino, 11 p.m.

A version of the Queer Agenda calendar, including the best weekday events, runs each week in Q magazine. Read the latest issue below, and check back here every Thursday for the full weekend roundup, or jump ahead to our summer preview of LGBTQ events through August.