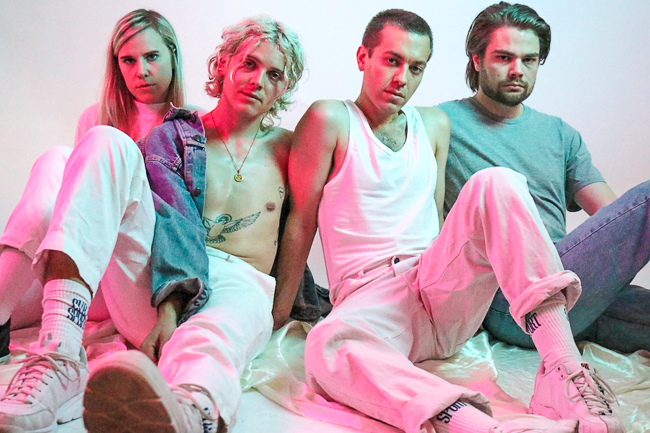 Stonewall Month barely even opens, and the Queer Agenda calendar of events is already heating up. Get up off the sofa to get down with LBTQ history, big gay days at the parks, queer bands from abroad, and oh-so much more.

Sangria Friday. Specialty drinks, all the games and matchups on the screens, and all the sporty gays to watch it with @ Woofs, 5 p.m.

Song of Myself. Walt Whitman turns 200, so queer and allied writers read from his work @ First Existentialist, 7 p.m.

The Cake. Baker’s rights vs. gay rights, ripped from the headlines and staged for your entertainment @ Horizon Theatre, 8 p.m. Runs through June 23.

Betty Who. The singer you’ll call the one and only, because that’s who @ Variety Playhouse, 9 p.m.

Ladies Night. Get your weekend started with DJ beats, performances and scores of women in Midtown’s home for Atlanta lesbian nightlife @ My Sister’s Room, 9 p.m.

Out in the Park (middle photo). LGBTQ Day on the rides and on the causeways @ Six Flags Over Georgia, all day.

Atlanta United Tailgate. The gay pro soccer fans of All Stripes do pre-gaming festivities before the match. Look for the rainbow flag extravaganza @ Lot 1 “The Gulch” outside Mercedes Benz Stadium, 2 p.m. The game is also on TV @ Woofs, 6 p.m.

Ladies of the League. National Flag Football League of Atlanta puts its jocks in frocks and stages them in conjunction with its 16th season-closing party @ My Sister’s Room, 6 p.m.

Belong Potluck. An inaugural event for the LGBTQ social and networking group formerly known as Rainbros @ Private Residence (click through for info), 7 p.m.

Gemini Birthday Bash. Club owner Jen Chase Daniels celebrates another rotation around the sun with music, performances and all the party lesbians @ My Sister’s Room, 9 p.m.

Dirty South Rave 2. The queer music heads of color at Morph throw down @ The Bakery, 11 p.m.

More Than Just a Flag. LGBTQ Atlanta’s own Monica Helms, the creator of the Trans Pride Flag, tells her story in conjunction with her new book on the subject @ Charis Books & More, 2 p.m.

Head to Head. Y’all, it’s Touching Up Our Roots’ own Maria Helena Dolan vs. Anita Bryant in a Stonewall Month skit. You know who wins, but the fun is in getting there @ Midtown Moon, 4:30 p.m.

Gays For Plays. Theater queens gather for another LGBTQ night of stage worship with a performance of The Cake @ Horizon Theatre, 4:30 p.m.

Joan Jett & the Blackhearts. An encore performance just down the road from the previous night @ Brown Amphitheater, Peachtree City, 7:30 p.m.

A version of this calendar originally ran in Q magazine. Read the full issue online here: