The best queer things to do in Atlanta over Memorial Weekend 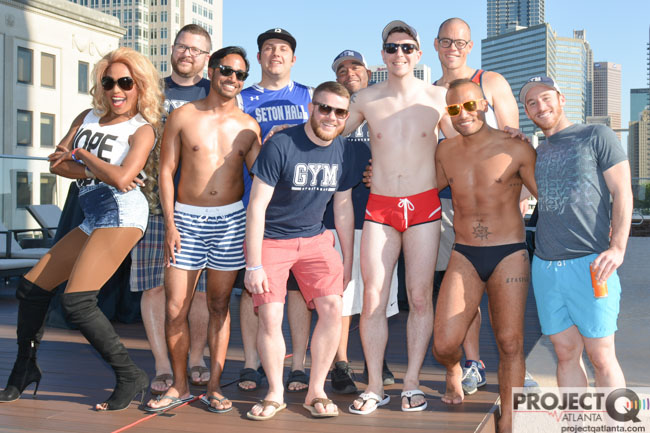 Even if it’s a soaker weather-wise, nobody turns up their nose to a three-day weekend. That goes double for LGBTQ events. Let the Queer Agenda calendar help you fill your big holi-gay weekend to-do list.

Atlanta Disco Society. Nonsense ATL and DJ Kimber throw back to the era of Studio 54 @ The Basement, 10 p.m.

Armorettes. The camp drag crazies with the hearts of gold against AIDS are in their 40th year of weekly shows, now in a new home bar @ Oscar's, 8 p.m. Soon, they’re headed across the parking lot back to Old Burkhart’s, new Midtown Moon.

Heir with LovHer. DJ Fyre and Whitney Abstrakt set the scene for lesbians of color partying into the night @ Havana Club, 10:30 p.m.

Stars of the Century. Extend your holi-gay weekend as the wildly popular, fabulously produced drag show returns from purgatory after Jungle's closure @ Heretic, 10:30 p.m. The organizers spilled all the tea to Project Q.

The Queer Agenda calendar appears each week in Q magazine. Read the full issue below: