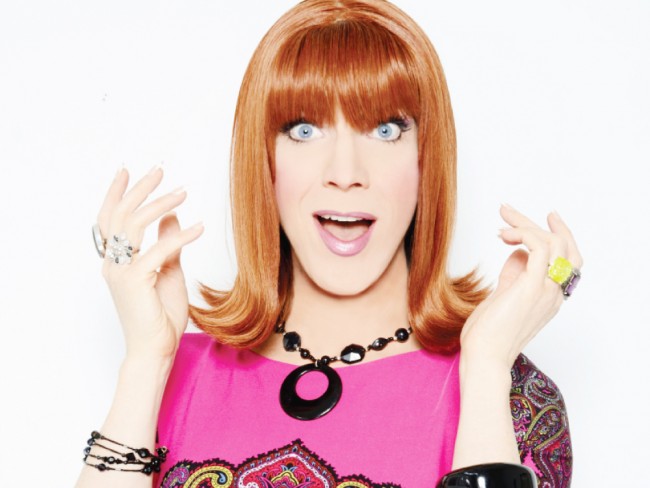 Getting to the weekend took it out of you. Let the Queer Agenda of LGBTQ weekend to-dos put it back in. We’ve got you covered from annual specials to monthly mixes and weekly soirees.

GaylaxiCon/OutlantaCon. The local LGBTQ sci-fi/fantasy and gaming group hosts the national convention this year @ Renaissance Atlanta Airport, all weekend. Tonight includes the Gaylactic Empire Couture Show with Atlanta Sisters at the helm. Get the whole scoop in Q magazine.

Sordid Lives. Del Shores’ classic gay play gets an African-American twist @ Out Front Theatre, through May 20. Read the Q interviews.

The Other Show. Edie Cheezburger and her kooky queens continue their run at Atlanta’s newest gay bar @ Midtown Tavern, 9:30 p.m.

DILF: Black & Blue. Fetish daddies and their boys mark this edition of the dance party series with music by the Perry Twins (middle photo) in their debut @ Heretic, 10 p.m.

GaylaxiCon/OutlantaCon. The local LGBTQ sci-fi/fantasy and gaming group hosts the national convention this year @ Renaissance Atlanta Airport, all weekend. Get the whole scoop in Q magazine.

MELT. Get an eyeful of this local queer photo exhibit with works by artists including Savana Ogburn (photo) @ Facet Gallery, 7 p.m

Grrls Night Out. Female comics do it for laughs in a Mother’s Day edition of their show @ Highland Inn & Ballroom, 8 p.m.

ICON: Beyonce + Destiny's Chiild. The music and the looks are all about Queen Bey and Destiny’s Child @ Deep End, 10 p.m. Performances include this week’s Q cover queer John James.

Drag Brunch Theatre presents the Sisters of Sequins with Bubba D. Licious at the wheel while you eat @ Lips, 12:30 p.m. Walk-ins welcome. Or sleep in and do Dinner with the Divas, 6:30 p.m.

Armorettes. The camp drag crazies with the hearts of gold against AIDS are in their 40th year of weekly shows, now in a new home bar @ Oscar's, 8 p.m. Soon, they’re headed across the parking lot back to Old Burkhart’s, new Midtown Moon.