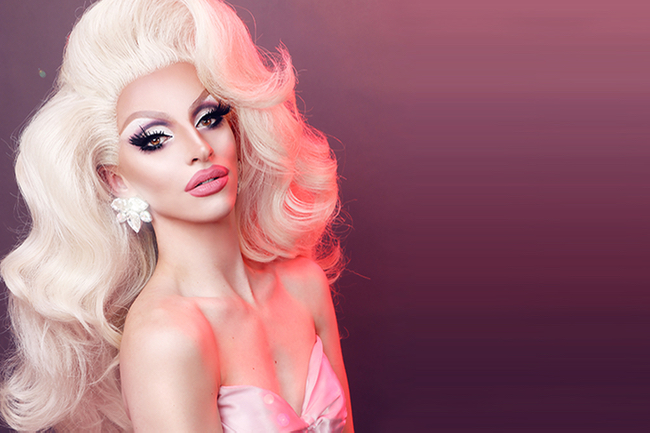 Now that the weather agrees with the calendar, celebrations of spring can officially commence. LGBTQ Atlanta events bring it, from community unity to Bacchanalian debaucheries and beyond.

Grace Jones: Bloodlight and Bam. The documentary 80s kids have been waiting for @ Midtown Art Cinema, all week.

The Other Show. Edie Cheezburger and her kooky queens kick off a new era in Atlanta’s newest gay bar @ Midtown Tavern, 9:30 p.m.

Pink Party. Get your LGBTQ weekend started with a DJ-driven dance party, live performances and scores of women in the new Midtown home of Atlanta lesbian nightlife @ My Sister’s Room, 9 p.m.

Change of Seasons (middle photo). With a nod to the zeitgeist of ‘This Is Me,’ Joining Hearts says a final farewell to winter with DJ Eddie Martinez @ Heretic, 8 p.m.

Atlanta United Tailgate. The gay pro soccer fans of All Stripes do pre-gaming festivities before the match against New York City @ Lot 1 “The Gulch” outside Mercedes Benz Stadium, 9 a.m.

State of the South. The LGBT Institute at Center for Civil & Human Rights hosts this symposium on where we stand @ CCHR, 10 a.m. – 4 p.m.

Haim. This harmonic trio is too cool for you to ignore @ the Roxy, 8 p.m.

LEWK with Lucy Stoole. Genderfuckery is an art form when this week’s Q cover model takes over @ My Sister’s Room, 10 p.m. Read our interview in this issue. Read our cover story interview in Q magazine.

Drag Brunch Theatre. presents the Sisters of Sequins with Bubba D. Licious at the wheel while you eat @ Lips, 12:30 p.m. Walk-ins welcome. Or sleep in and do Dinner with the Divas, 6:30 p.m.