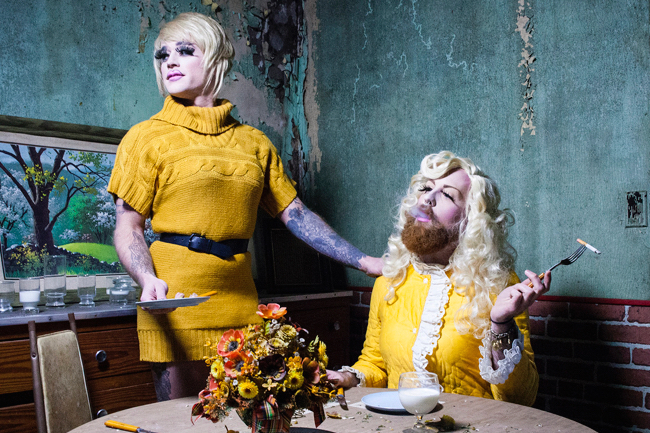 LGBTQ Atlanta throws open its arms and welcomes you to a weekend of gay events that help wash away that dreary workweek. Embrace the get up, get out and do something of it all in our Queer Agenda calendar.

Dine Out for Pride. A portion of your bill goes to Atlanta Pride when you gobble the goodies @ Agave, 5 p.m.

K.Flay. The singer will slay on her “Everywhere is Somewhere” tour with Yungblud opening @ Variety Playhouse, 7:30 p.m.

“Let the Games Begin.” The latest concert from the LGBTQ instrumentalists of Atlanta Freedom Bands plays @ Shrine of the Immaculate Conception, 8 p.m.

Neon Neverland. Everything glows, including your get-up under black lights and the underwear and paint on the go-go boys @ BJ Roosters, 9p.m.

DJ Dani Toro. The sexy spin master returns from Barcelona to the scene of his last ATL slaying to move the boys @ Heretic, 10 p.m.

Sweet Tea Variety Show. Self identified queers of color throw a hell of a party and show @ Mammal Gallery, 10 p.m.

Drag Brunch Theatre. presents the Sisters of Sequins with Bubba D. Licious at the wheel while you eat @ Lips, 12:30 p.m. Walk-ins welcome. Or sleep in and do Dinner with the Divas, 6:30 p.m.