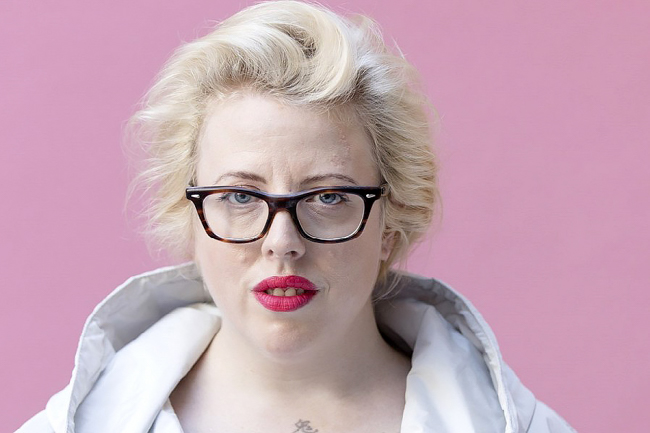 Come through, weekend! And not a moment too soon. We need you now more than ever, weekend, so lay your sweet LGBTQ-ATL events on us and don’t hesitate another second. Click the event name for even more details.

The Black Madonna (top photo). Vicki Powell’s Deep South presents this DJ wunderkind @ Heretic, 10 p.m. You’re so not even ready for this. Then head over to the Bakery for the Kudzu Afterparty, late night.

Dine out For Pride Weekend. A portion of your meal benefits Atlanta Pride, and this is just the first day of the whole week through March 24 @ Doc Chey’s Grant Park, all week.

Men With Money. Three young bachelors, two gay and one straight, are looking to marry their way from rags to riches in a re-imagined 1950s @Aurora Theatre, 8 p.m. Now extended through April 14. Read the Q preview.

Goodbye Charis in L5P. The legendary lesbian-feminist book store is leaving Little Five Points after 45 years, and you can party/buy them out all day @ Charis Books & More, 11 a.m. – 7 p.m. Don’t worry, they’re moving and reopening in Decatur.

For The Love Of Paws Gala. Angels Among Us Pet Rescue hosts its fifth annual fundraiser gala with a theme of “Happily Ever After”@ InterContinental Buckhead, 6:30 p.m.

Gays For Plays. The LGBTQ theater fan group catches the show with a social hour to boot @ Out Front Theatre, 7:30 p.m.

Falsettos. A new kind of family emerges when a man leaves his wife for a guyin this musical, and a cast of characters including a lesbian couple become part of the thoroughly modern mix @ Actor’s Express. Runs through April 28.

Sprung with Aquaria. The reigning RuPaul winner joins the Wussy crew for a celebration of the season @ Deep End, 10 p.m.

SFQP Planning Meeting. The clock is running down to this year’s Southern Fried Queer Pride, and you can get in on the ground floor @ 1561 McLendon Ave., 1 p.m.