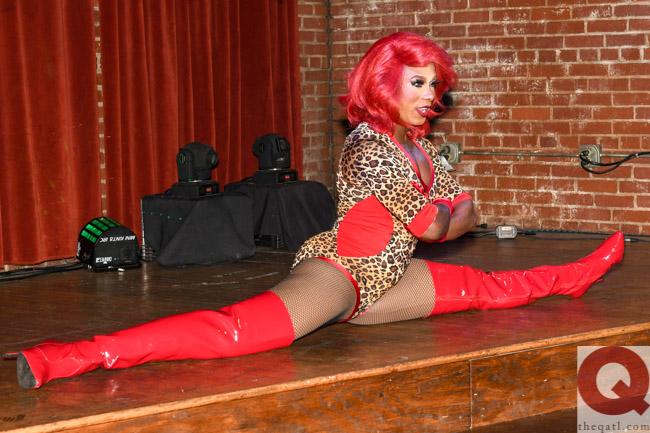 Whether it’s the return of a nightlife favorite or day drinking for equality, whether it’s mixing and mingling or becoming a dad, and whether it’s a show or a dance party, we have events to fill your weekend with LGBTQuteness.

The Other Show Returns (top photo).They’re ba-aaack! Edie Cheezburger and her cast return to the weekly drag scene in their new home @ Midtown Moon, 8 p.m. And you thought it was their Last Christmas.

My Own Secret Bubble. Three young people, including one queer character, are fed up with the problems of this Earth and want to emigrate — to another planet @ 7 Stages, 8 p.m. Saturday and Sunday performances, too.

Becoming a Dad. LGBTQ+ family building through IVF and surrogacy is on the agenda of this workshop with experts from Gay Parents To Be and Circle Surrogacy & Egg Donation @ Renaissance Atlanta Midtown, 8:30 a.m.

Gays For Plays. Theater queens gather before and after a show, this time for Next to Normal@ The Windmill, East Point, 7:45 p.m.

My Own Secret Bubble. Three young people, including one queer character, are fed up with the problems of this Earth and want to emigrate — to another planet @ 7 Stages, 8 p.m. Sunday performance, too.