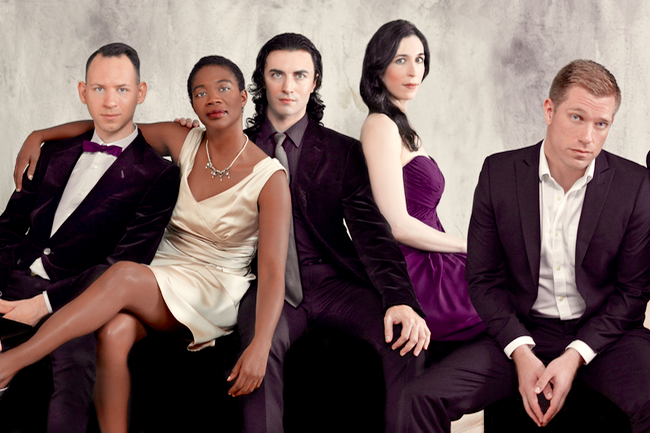 LGBT-ATL won’t let that gray, blustery winter get you down. There are too many gay events for that. Instead, wrap your lovin’ arms around the Queer Agenda of plays, parties and performances.

Angels in America (top photo). The classic play in two parts runs in repertory to tear your heart out with the past informing the present @ Actor’s Express, 8 p.m. Runs through Feb. 17. Read our interview with the lead in Q magazine.

Mardi Gras Bowl for Equality. HRC Atlanta opens its year with bowling and a theme. This time, the date lands perfectly for your plastic beads in gold, green and purple @ Midtown Bowl, 12 noon.

Issa Revolution Black LGBT Bar & Lounge Crawl. As a response to the gay racial divides highlighted by the Burkhart’s scandal, this people of color-organized event hits four black LGBT-owned venues to show the power of their dollar. Kick off with Brunch @ Twisted Soul Cookhouse, 12 noon. Move on to more, including Daiquiri Factory and Soulbar, into the night. Organizers describe it as a celebration of black LGBTQ-owned spaces.

#Daydrunk. Drink specials put you to bed early or make you the life of the party as the sun drops @ Mary’s, 2:30 p.m. Do it, and you may not remember what you did during the regularly schedule shenanigans, 9 p.m.

Diva Bowl. The game is on screen, and so are all the past halftime performances by Madonna, Beyonce, Gaga, Britney, Katy, Janet… Yea, sports ball @ Ten, 6p.m.

Super Bowl LII on the big screens, and all the guys to watch it with in Atlanta’s only gay sports bar @ Woofs, 12 noon.

The Cakemaker. A gay chef and an Israeli widow are united in grief in this Atlanta Jewish Film Festival favorite with Out On Film hosting a post-screening Q&A with the director @ UA Tara, 7:55 p.m.

Tossed Salad. The magic and madness masterminded by Brigitte Bidet and her left-of-center queens goes in hard @ My Sister’s Room, 9:30 p.m. They are crushing it at the new venue.