Best places to tag yourself #daydrinking in queer Atlanta 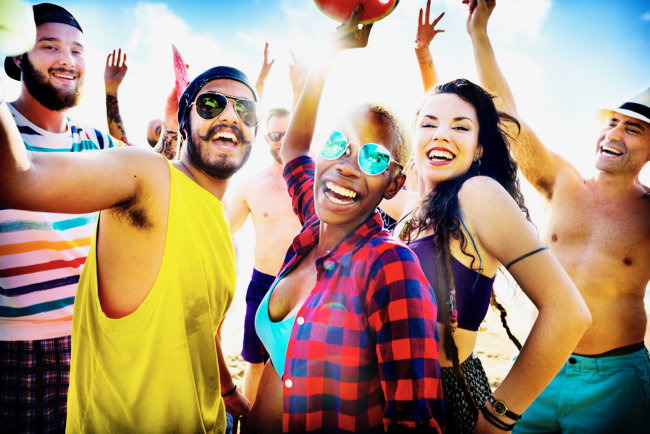 Chances are you are already one of the Atlanta queers responsible for putting the gay-drinking in #daydrinking.

On its face, #daydrinking could appear to be just drinking during the day. Well, that’s correct, but the LGBTQ-ATL makes it more fabulous than that. With our help, you can make it a full day of bar hopping.

Make no mistake. There is a right way to get the most out of it, so update your ride sharing app and come along on our little queer crawl of local hotspots.

When brunch goes long with flowing mimosas or bloodies so good that you lose track f time, welcome to #daydrinking

Pro Tip: Brunch holds a key for the successful #daydrinker: Food. Carb up because you’ll need it. Midtown queers can hit gay-owned Las Margaritas, Henry’s, or Campagnolo, or the queer-friendly Zocalo’s, Cowtippers, and Roxx and be within walking distance of other great stops.

Try Raging Burrito in Decatur, Mezcalito’s in Grant Park, lesbian-led Twisted Soul Cookhouse & Pours in West Midtown, or if you’re working the Beltline, Ladybird Grove & Mess Hall and Lingering Shade are sure bets. In Downtown, do LGBTQ-owned b.142 Bar & Lounge or No Mas! Cantina. We also love all the little boutique eateries in Emory Village.

Now that she’s gone, your next stop might be a place where everybody knows your name. Or at least, they will by the time you leave. Maybe one of your friends is griping about how much he spent on brunch, but you’re feeing magnanimous. Another round on you! Besides, you’re on a mission: #daydrinking #hellyeah

Pro Tip: Blake’s of course has the drinks and a crowd, but they also have good food, and #daydrinkers need that, remember? Have a bite. Match every cocktail with a water.

From ‘90s throwbacks to Disco, from Bowie tributes to covers-only and beyond, #daydrinking is literally in the event name each Saturday in East Atlanta.

Pro Tip: Mary’s weekly #Daydrunk pours on a new theme every Saturday from 2 p.m. – 8 p.m. Walk over to Midway Pub for good grub and a cool vibe. Over in Buckhead, hit the new Revival Drag Brunch at Whisky Mistress every second and fourth Sunday for queens and DJ beats starting at 2 p.m.

It’s time again to soak up some of that alcohol while you soak up some sun. Pace yourself on a patio or deck, and be cool around the non #daydrinking patrons. Despite your deepest feelings otherwise, your rendition of “Walking on Sunshine” is not about to win friends any minute now. Drink some more water.

Pro Tip: Depending on where you started, find new scenery by freeing up a table at one place to take a load off at any of the other venues we’ve already mentioned. Nowhere beats Ten Atlanta for a late afternoon or early evening cocktail. Also in Midtown, the new Drag Brunch at Cactus House is super popular right now.

By now, you’re in prime form to hit a main event, and Sunday central is at the corner of Gay & Gayer. And because we know you’re thinking it, no shots. Repeat: Do not do shots. Shots are the sworn enemy of #daydrinking. Replace every thought to do one with a bottled water.

Girl, it’s time for you to go. At home, eat. Once more with feeling. Strap on your eatin’ dress and devour carbs and grease. Not only will this be the best thing you ever tasted in your life, it will save you tomorrow.