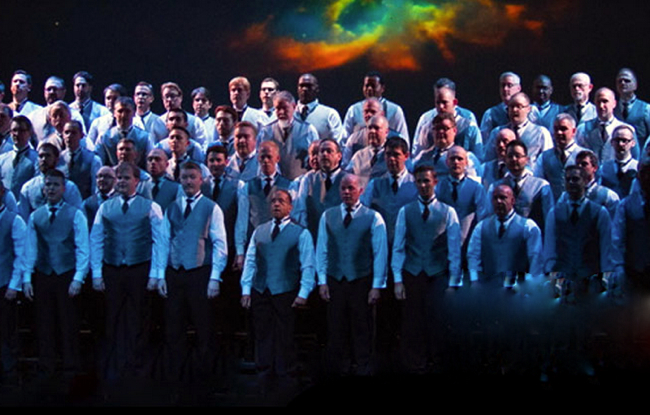 Whether it’s a gay Atlanta Stonewall wrap-up or just a well earned “that’s a wrap” to the week, Friday through Sunday events in the LGBT ATL are your just reward for a June well done and a perfect warmup for a big gay July.

Friday, June 28
“Singing Out Proud: From ABBA to Gaga” with Atlanta Gay Men’s Chorus (top photo) is one of the longest running gay Atlanta June traditions. The first of three performaces put Stonewall Weekend and Pride Month to the tunes of LGBT history. Also includes the debut of “I Am Harvey Milk” by composer Andrew Lippa @ Emory University, 8 p.m. Two performances Saturday too. 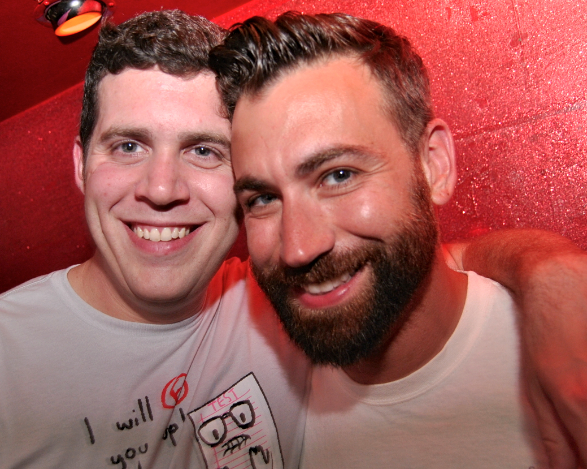 Fag Bash is only a good thing once a year — on Stonewall Weekend in East Atlanta. The 9th annual party at the coolest alternaqueer bar in town (second photo) features all the dykes and fairies in getups that celebrate exactly how gay you are. Contest, games, and party music by DJ Diablo Rojo @ Mary’s, 9 p.m. View our photos from last year.

Fourth Friday with Atlanta Dream is a special version of the monthly Atlanta Gay & Lesbian Chamber of Commerce mixer with a WNBA game to boot. Meet the local LGBT professionals for a pre-tip-off reception @ Philips Arena, 5:30 p.m. 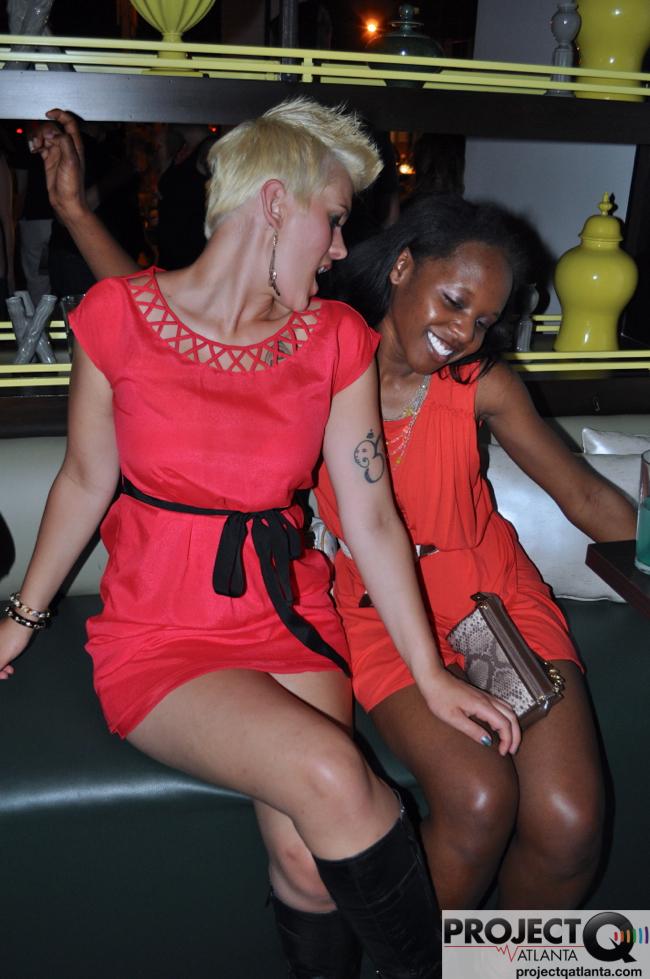 Swank (third photo) is the new monthly lesbian fandango at the hotspot on the corner of Gay and Lesbian. Ladies get ready for the Anna Ragghianti-promoted event with drink specials, sexy dames and DJ Prism @ 10th & Piedmont, 10 p.m. Read our preview, and view our photos from last time.

Pride Seder is another of the annual traditions that didn’t follow Atlanta’s LGBT festival to October but stayed in Stonewall Month. Get with the gay-led, gay-inclusive Jewish congregation @ Congregation Bet Haverim, 7 p.m.

Dinner & A Movie: “My Best Friends Wedding” kicks off Jungle’s Friday with Jaye Lishe and some great drink and food specials in the Jungle Room @ Jungle, 7 p.m. – 9 p.m. Then it’s The Other Show with Edie Cheezburger and her cast of crazies, 9:30 p.m.

FUR is Heretic’s Friday man-to-man dance party. Get into it this week with the beats of guest DJ Corey David @ Heretic, 10 p.m.

BanjeeGirl Friday gets your lesbian weekend started right with a DJ-driven dance party and all the ladies you can handle from the TraxxGirls promoters @ My Sister’s Room, 9 p.m. 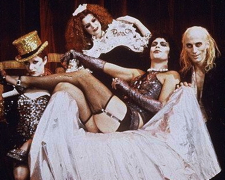 “Rocky Horror Picture Show” LGBT Benefit Screening raises money for Lost N Found Youth with the weekly Lips Down on Dixie screeners. Enjoy the classic film (fourth photo) with extra abandon for a cause and dress up @ Plaza Theatre, 11:45 p.m.

Got Leche? celebrates the weekend each and every Friday with Atlanta’s weekly gay Latin night @ Club Rush, 10 p.m. – 5 a.m.

iSexibition is a new interactive flirting game for the OTP gays with messages on television screens, along with dancing and an all-new drag show @ LeBuzz, Marietta, 9 p.m. 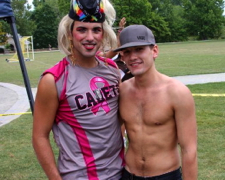 Old Fourth Ward Festival of the Arts lays it out for more outdoor vendors, arts and people watching from the gay-run Foundation for Public Spaces @ Old Fourth Ward Park, 10 a.m. – 6 p.m. Sunday too.

What About the T? is this month’s program with Services and Advocacy for GLBT Elders (SAGE) Atlanta. The transgender issues discussion goes down with expert guests @ Rush Center, 11 a.m. 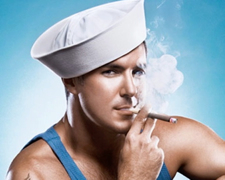 Joining Hearts 26 Beer Bust exchanges your cash for a bottomless glass to raise funds toward gay Atlanta’s upcoming biggest summer pool party for charity. The Joining Hearts fun in the sun this week goes down on the patio @ Joe’s, 1 p.m. Yes, girl. Joe’s is open.

“Singing Out Proud: From ABBA to Gaga” with Atlanta Gay Men’s Chorus is one of the longest running gay Atlanta June traditions. The final two performaces put Stonewall Weekend and Pride Month to the tunes of LGBT history. Also includes the debut of “I Am Harvey Milk” by composer Andrew Lippa @ Emory University, 4:15 p.m. and 8 p.m. 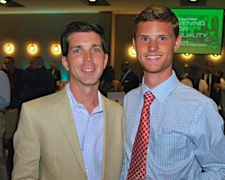 Evening For Equality (seventh photo) suits up to honor the heroes of local gay rights at Georgia Equality’s biggest fundraiser of the year. Celebrate Stonewall Weekend as well as the recent SCOTUS victories for marriage with dinner, drinks and well-behaved gays @ Twelve, 7:30 p.m. Check out our photos.

Guyton Maurice and David Reeb bring together the local gay voice and the local gay ivory tickler for some fabulous food in an intimate atmosphere @ Vena Cava, Vinings, 7 p.m. 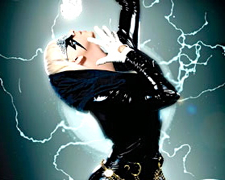 Divas to the Dance Floor (eighth photo) with DJ Randy Bettis is your last limited-time chance to become a Jungle VIP card holder and start reaping the rewards. Once you’re in, enjoy a different queen every 30 minutes all night with all the beats, booze and boys you can handle @ Jungle, 10:30 p.m. Warm up with Randy Bettis' “Anthem.”

That Time of the Month Comedy Show with queer comedians, 8 p.m., precedes the Stud Revue with Shaun Daniels during the dance party for Atlanta’s women who love women @ My Sister’s Room, 10 p.m.

Extravaganza Show is the weekly fabulosity hosted by big, blonde and beautiful Shavonna B. Brooks and her amazing lineup of entertainers @ Burkhart’s, 11 p.m. 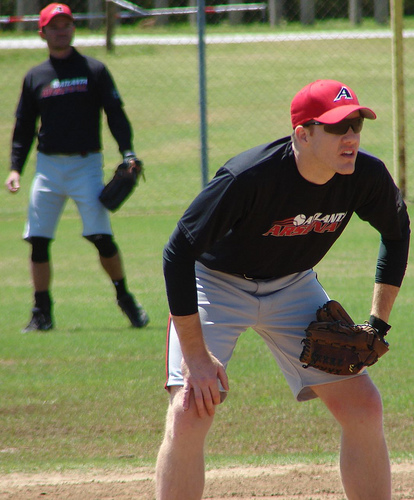 GLAAD Day with Atlanta Dream welcomes all the LGBTs to the local WNBA game. Before the hoops, get with the gang during a pre-game reception hosted by the local arm of the Gay & Lesbian Alliance Against Defamation in the in-arena Taco Mac @ Philips Arena, 1 p.m. – 5 p.m.

Flashback Showgirls is the new show that takes you back, all the way back to a new decade each month. Lady Shabazz (bottom photo) leads the cast every Sunday starting this week @ 10th & Piedmont, 8 p.m.

The Armorettes do their weekly camp drag for charity in their ongoing mission to bring bawdy drag and donated tips to the HIV/AIDS fight in Atlanta @ Burkhart’s, 8 p.m.