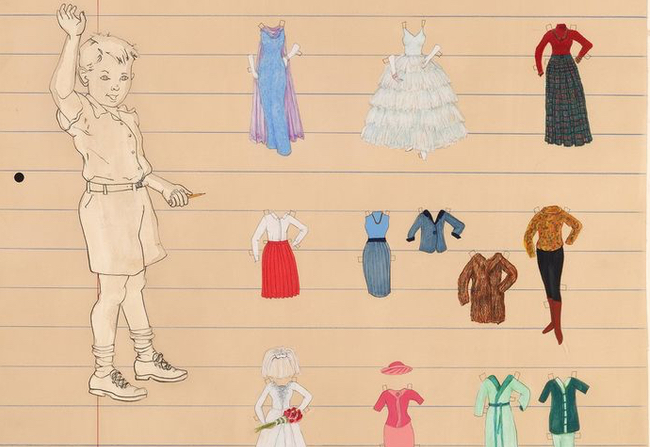 The cream of the gay crop rises to the top for your end-of-the-week pleasures. Skim yourself some of these delicious LGBT Atlanta events and taste the shows, sports, soirees and special guests.

“Larry Jens Anderson: The Atlanta Years (1979-2015).” The revered local artist gets his own show and uses it to display his take on gay life in America for the last 35 years, including “Dick Learns to Draw” (top photo) @ MOCA Georgia, 10 a.m. – 5 p.m. Tuesdays through Saturdays through July 3.

Candler Park Music & Food Festival. You know the gay hipsters will be all slung up in this showing of live bands, artist vendors and food trucks galore @ Candler Park, 4 p.m. – 11 p.m. Saturday too.

“Vonia and Sonia and Masha and Spike.” Here's what happens when two sisters, a gay brother and a dim boy toy reunite to make you laugh until you cry @ Horizon Theatre, 8 p.m. Runs through May 31. Get your tickets.

“The Whale.” The theater’s gay artistic director Freddie Ashley returns to the stage and puts on major pounds to play the morbidly obese lead in this powerful drama aimed at the heart of Middle America @ Actor’s Express, 8 p.m. Runs through June 14.

Women’s Outdoor Network Disco Night. The lesbians who usually like their heavy-breathing activities outside come inside for a disco social @ Heretic, 7 p.m. Worlds collide when the bar reverts to its regularly scheduled Pump man-on-man dance party, 10 p.m. 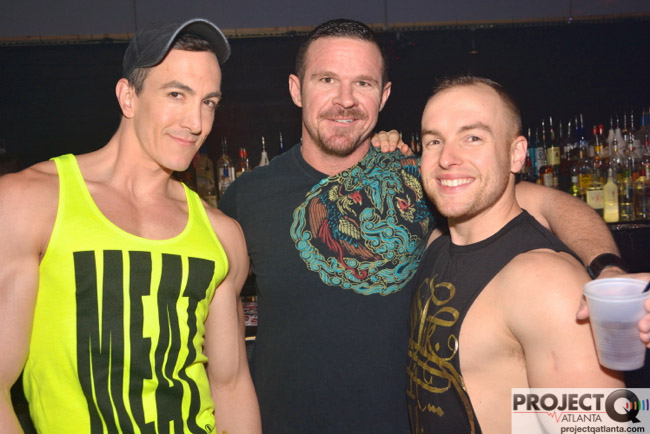 DJ Tony Moran and Debby Holiday. The turntable master and the venerable diva team up to kick the gay dance party into overdrive @ Jungle, 10:30 p.m. Get there early for the Fantasy Girls show, 9 p.m. Tony tends to (middle photo) blow the doors off, raise the roof, and bring down the house, but Debby can build you right back up again.

NFFLA Flag Football wraps its regular-season games for the gay teams of National Flag Football League of Atlanta as they hurtle toward a championship in their weekly gay jock showdown @ Boulevard Crossing Park, 11 a.m. – 3 p.m.

Painting for Pride. It’s LGBT family-friendly fun to benefit Atlanta Pride. Bring your own snacks and drinks, and prepare to get messy as you create a masterpiece @ Sips N Strokes, 10 a.m. Just in time to celebrate, Pride has a new executive director.

All Request #Daydrunk. Drink specials put you to bed early or make you the life of tonight’s party @ Mary’s, 2 p.m. – 8 p.m. Do it, and you may not remember what you did during the regularly scheduled nighttime shenanigans, 9 p.m.

Country All Night. Scoot your boots with the line-dancing, two-stepping gays @ Heretic, 8p.m.

In Heat. Alternaqueer throwdown for the “homos and homies” with DJs Food_Wilson, Wax Tan Body, Bitchcraft and more. If it’s too loud you’re too old @ HBIC, 10 p.m.

UnderGear Fetish Night. Jockstraps, briefs and boxers are the theme, so plan to check your clothes and buy some shots to benefit Southeast Black & Blue @ Atlanta Eagle, 10 p.m.

DJ David Knapp All Nighter moves you all the way to sunrise, just steps away from BJs, Heretic and Jungle. Never stop shaking your ass @ Xion, 3 a.m. – 7 a. 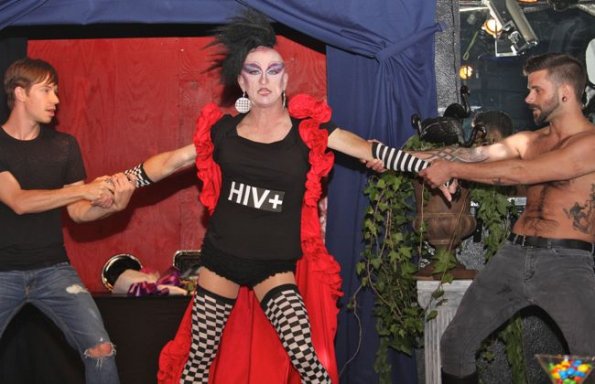 Ladies Who Brunch Dragstravaganza. All queens, kings and genderfuck artists are invited to show up out of drag, drink mimosas, keg beer and bloodies, and get into drag to create photoshoot realness. All photographers also invited. Let a drag cluster of epic proportions commence @ Everything But The Kitchen Sink Studios, 1 p.m. – 8 p.m.

Tossed Salad. The magic and madness masterminded by Brigitte Bidet, her left-of-center queens, and DJ King Atlas rock their weekly drag show and dance party @ Burkhart’s, 9 p.m. These queens can get crazy.