It must be springtime, because LGBT Atlanta events burst with options this week. Dig into shows, soirees and specials that say, hey, you work hard and deserve some downtime.

Matinee Las Vegas with DJ Cindel. The first two stops this weekend for this Sin City pre-party tour gets your weekend started with the hot guys of Matinee first, then man-to-man dance partying @ BJ’s, 9 p.m., then Heretic, 10 p.m.

Baddest Bitch. Hang with the cool kids in East Atlanta @ Mary’s, 9 p.m. And for the next several weeks, it’s preceded by the RuPaul’s Drag Race Happy Hour, 6 p.m. 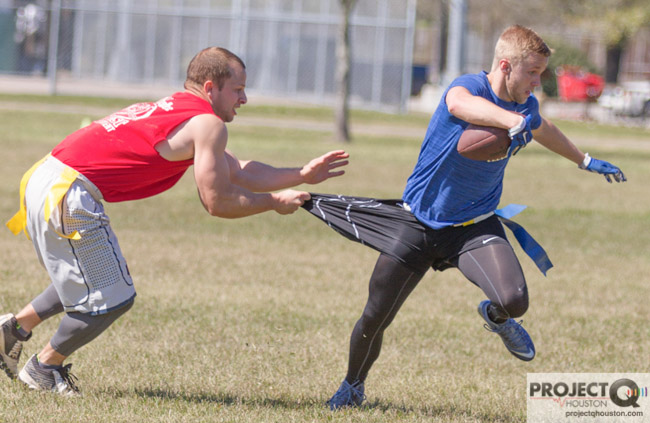 Flag Football (middle photo). The gay jocks of National Flag Football League of Atlanta kick off their season by getting rough and tumble on the fields @ Boulevard Crossing Park, 9:30 a.m. Hang with the guys afterward @ Blake’s 2 p.m.

Coffee with Cathy. Lesbian candidate for Atlanta mayor gathers her gays to talk about the future of our fair city with waffles and craft coffee @ Condeesa Coffee, 10 a.m.

Joining Hearts Margarita Bust. Join the crowd as they pour bottomless cups of the green magic and raise money against HIV in Atlanta @ Zocalo, 2 p.m.

DM & The Family. The queer-led and inclusive band celebrates their “album” release with a live show @ Smith’s Olde Bar, 7 p.m.

Pat Parker Tribute. Celebrate the life of the late great African-American lesbian writer with readings from the new book on her works @ Charis Books & More, 7:30 p.m.

DJ Neon the Glowgobear. The hunky spin master does his thing all over you @ Atlanta Eagle, 10 p.m. 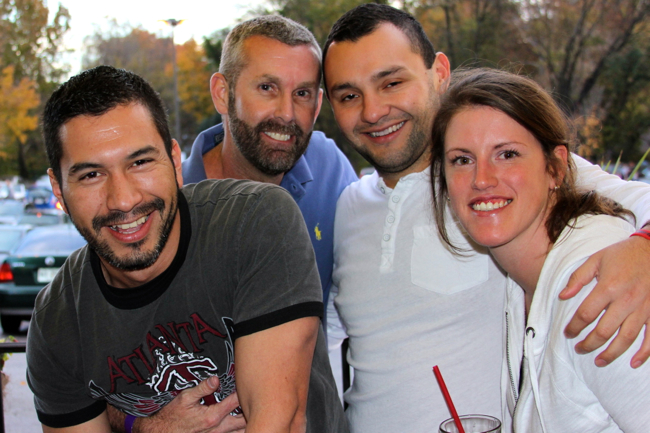 Hotlanta Softball. The gay pitchers and catchers continue their season of play on the field and off @ Johnson Park, all day. Join them for bottomless brews during the Extra Inning Beer Bust (bottom photo) @ Burkhart’s, 4 p.m.