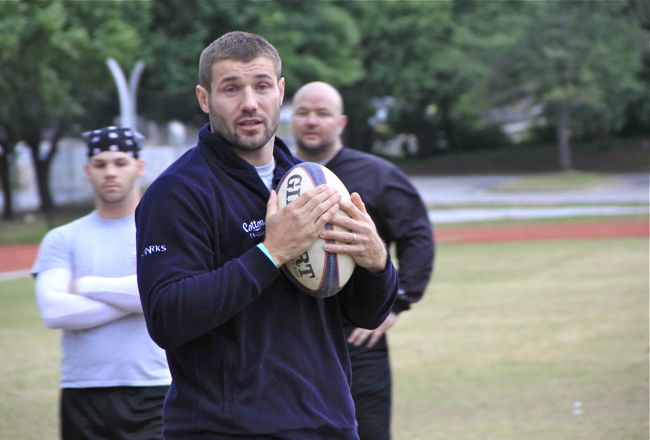 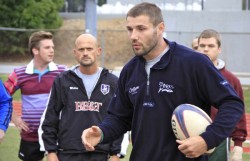 English rugby stud Ben Cohen, in Atlanta this week as he prepares to launch a U.S. tour, spent his Tuesday evening working on the pitch with the gay Atlanta Bucks Rugby Football Club.

The World Cup-winning rugby star offered tips to the squad during its weekly practice at Maynard Jackson High School in southeast Atlanta. The Bucks are hosting Cohen as he launches his four-city U.S. tour in Atlanta on Thursday to promote his new anti-bullying organization, the Ben Cohen StandUp Foundation. 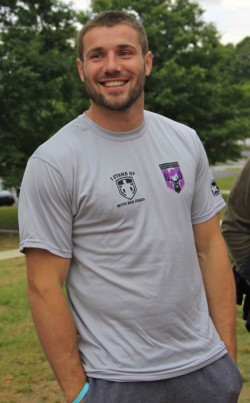 During Atanta’s stop on the Acceptance Tour, Cohen, who is straight and married with two children, joins the Bucks for three public events: A Meet & Greet on Thursday, the tour’s Kick-Off Party on Friday and a Pitch-Nic & Auction on Saturday. Tickets are still available for some of the events.

It’s been a whirlwind few days for Cohen. He surprised supporters by announcing his retirement from the sport he’s called home for 15 years, crashed in a New York apartment for a few days, and then flew to San Francisco. That’s where he noshed with celebrities including Kim Cattrall at the GLAAD Awards on Saturday before heading east to land in Atlanta late Sunday.

From there, it’s been a haircut and off to a photo shoot for the latest rendition of a calendar that gay fans breathlessly await. He’s been teasing fans by posting outtakes from the photo session on his Facebook page.

On Wednesday, he posted that the calendar photo shoot is continuing in an airplane hanger provided by Delta Air Lines.