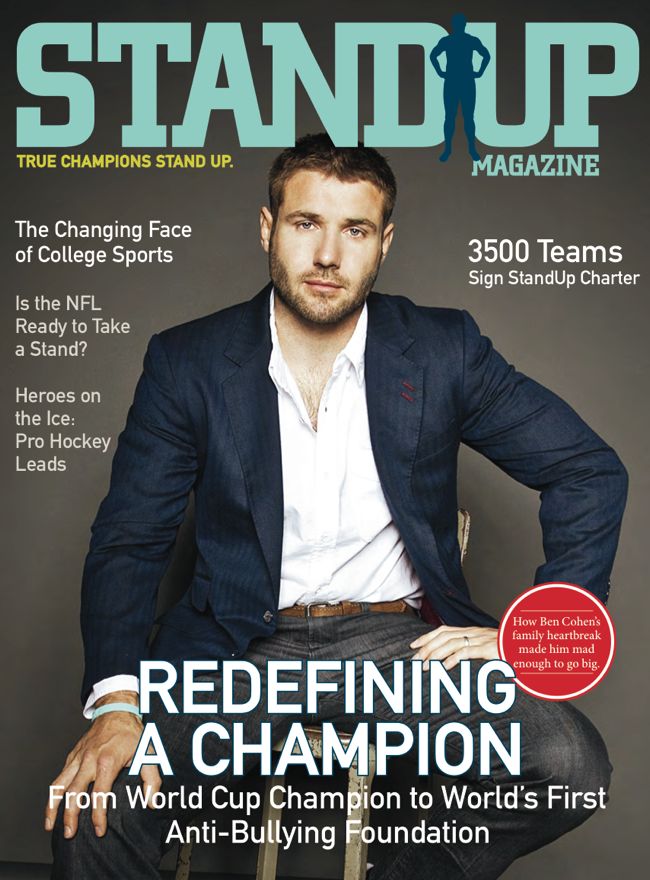 Gay Atlanta can’t get enough of rugby stud Ben Cohen, and vice versa. A week after his last visit and even before he returns to top Atlanta Pride, Cohen’s StandUp Foundation announces its new magazine and sets an Atlanta launch party for November. The first issue of the quarterly publication (photo) hits on Nov. 14 with a W Midtown Hotel launch party hosted by the cover boy – Cohen, who else? – himself, according to a Wednesday announcement from Cohen and his Atlanta-based foundation. The magazine will carry the tagline “True Champions Stand Up,” feature athletes’ personal stories, and focus on the “best in sports, including character, fairness and inclusion." StandUp magazine benefits the Ben Cohen StandUp Foundation and its effort to fight bullying and remove homophobia from sports. It will be available nationwide with planned distribution by subscription and at Barnes & Noble stores. Future issues are scheduled to come out in February, May and August 2013. Of course, Cohen has experience as a cover boy and using his sex appeal to further his cause with gay fans in Atlanta across the world. Video of his sexy 2013 calendar shoot is a hit in itself. The magazine cover follows his StandUp underwear line, a hot 2012 calendar (view photos), just as scrummy and yummy 2011 calendar and soaking wet 2010 calendar. Not that we’re obsessed or anything, but you can see three sets of photos from Cohen’s Atlanta events last week here, here and here. Oh, and our video of the jock at play, too.