Ben Cohen gets his gay on during Atlanta Pride 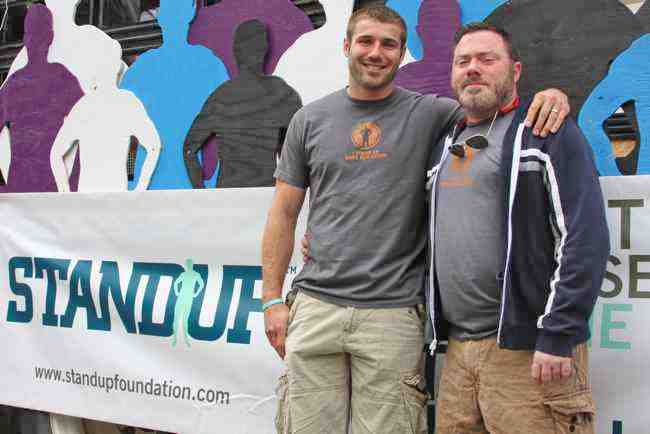 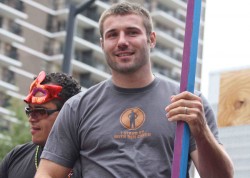 Ben Cohen can’t get enough of Atlanta. The retired rugby stud was in town for a big dose of gay during Atlanta Pride – tasting some East Atlanta nightlife, knocking back a few pints, speaking from the Pride stage and riding in the parade. We can get used to this and probably should. It was earlier this year that Cohen announced he’d headquarter his new anti-bullying StandUp Foundation in Atlanta despite his British roots. On Friday, he joined the Atlanta Bucks Rugby Football Club at Mary’s for a StandUp fundraiser. The next day, he was with the gay rugby squad again at Mixx for a post match beer bust after two appearances on the Pride stage at Piedmont Park. He wrapped it all up Sunday by riding in the parade with the Bucks (photos).