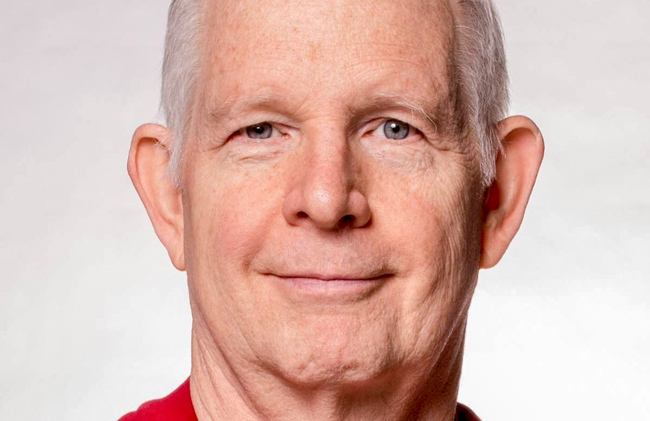 Friends and fans from across LGBTQ Atlanta are mourning the death of photographer Tim Wilkerson, who died Thursday. A memorial service at Amsterdam is in the works.

“He was the first icon to start taking photos of gay life in Atlanta. He would take photos every single day of this event, that event. What a loss to the city,” said longtime friend Mitch Grooms.

Over the years, Wilkerson did shoots for David Magazine, was heralded for his shots of the male physique and shot photos for countless events and organizations.

The first time Wilkerson took photos of Grooms was in 1998 when he started in real estate and needed a headshot.

“Me being a videographer, I’m always behind the camera, not in front of the camera,” Grooms said. “It took us two hours to get 15 photos of me. I was sweating, but he made me so comfortable. That’s the kind of person he was.

“He was always positive, he never would talk negative about anyone or anything. He would do a lot of free photoshoots for people that didn’t have the money. He would do anything in his power to make it work,” Grooms added.

Grooms said Wilkerson was diabetic, had been on dialysis for the last year-and-a-half and recently went to the hospital with a bone infection.

“When they treated him for the bone infection, that killed his kidneys,” Grooms said.

The photographer worked up until his final days.

“He had a 12-hour shoot on [July 22] at a fitness center. I talked to him on [July 24] for 35 minutes on the phone and he was very sick,” Grooms said. “I asked him to let me take him to the hospital. He would not let me do that. That’s how Tim was — he would not let anyone do anything for him, he wanted to do everything for everyone else.”

Wilkerson died on July 26, according to Pugh Funeral Home.

Photographer Shane Garner considered Wilkerson a friend and mentor. They met years ago at Atlanta Pride when Wilkerson had a booth showing his work.

“Sculpted male bodies captured only how he could. I told him I had long been a fan. He blushed a little and had a quick response in his own snarky way,” Garner said.

“Tim was an anchor as far as male physique photography. His eye for beauty [was] unsurpassed,” he added.

Longtime friend Rick Alexander worked with Wilkerson on the Hotlanta River Expo for several years in the 1990s and early 2000s.

“He was the official photographer for Hotlanta River Expo,” Alexander said. “He was very instrumental in photography and documenting events for the gay and lesbian community. Everybody loved Tim. Everything I hear is, ‘Such a nice guy.’ That’s the way people describe him. Always pleasant.”

Former Outwrite Bookstore owner Philip Rafshoon met Wilkerson soon after the shop opened in 1993. The photographer shot events at the store and showed his own work there at one point.

But it was a book signing for Greg Louganis’s autobiography in 1996 that stood out for Rafshoon. He planned for a usual signing until they learned that the Olympic medal-winning swimmer was coming out as HIV-positive in the book.

“He was the first big gay celebrity to do it at that time. I didn’t know what the hell to do because I hadn’t done any big book signings before,” Rafshoon said.

Luckily, Wilkerson had a background in corporate events.

“He helped me figure out how to accomplish that. That was our first big giant successful event. We had all four TV stations there live, we had the cover of the Atlanta Journal-Constitution and I think we went through about 2,000 people,” Rafshoon said.

Rafshoon said Wilkerson had a unique ability to put people at ease on a photoshoot.

“He did a lot of nude shots for people who would not have done that and got them to explore their sexuality and their relationships,” he said. “I knew a lot of couples when they got together, Tim was the guy they went to to get their pictures done. He worked very hard, he was a perfectionist and wanted to make sure that everything was done right.”

“Tim was a great friend who was always donating his great talent every time I requested,” Marks said.

Grooms is planning a celebration of Wilkerson's life “to have people bring their artwork and speak about their time with Tim.” The details are still being worked out but Amsterdam will likely host the event and updates will be posted on a memorial page Grooms created on Facebook.

The family is hosting a memorial service in Wilkerson’s native Randleman, N.C., on Aug. 2.