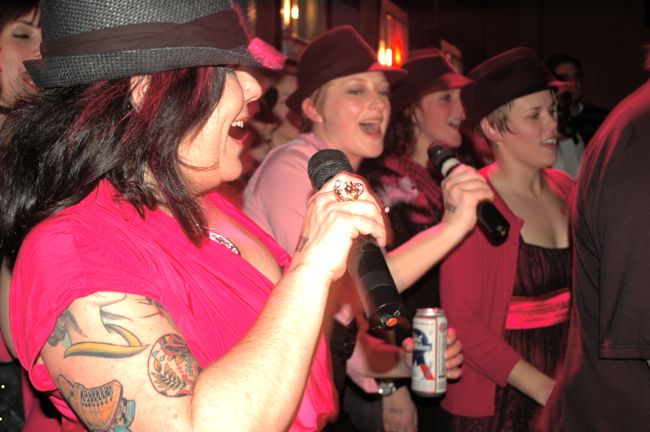 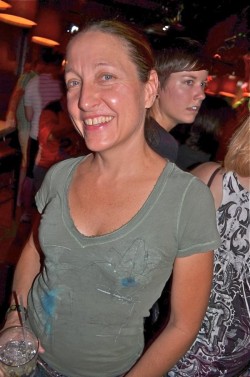 A potential sale that collapsed led to the sudden closure of Bellissima on Wednesday, ending the nearly four-year run of the smoke-free lesbian lounge in Midtown. Owner Anna Ragghianti put the bar up for sale late last year, hoping a $79,000 asking price was enticing to potential new owners so she could move on to travel and film projects that had taken a backseat. A buyer emerged recently, but the bar’s landlord apparently balked at the sale, Ragghianti (second photo) said in a Facebook post on Wednesday afternoon. So she closed the doors.

As many of you may know, Bellissima has been for sell. We were excited to have a contract with a new owner who planned to take rains as soon as possible, keeping it as Bellissima. Unfortunately, Halpern Enterprises has informed us that they will not sign a lease with the new owner.... therefore, Bellissima is now closed and will not re-open at the Amsterdam location. I will be considering all options moving forward and will post any updates on this Bellisssima Facebook Fan page. A huge 'THANK YOU' to all of our 1713 fans, patrons and loyal customers for your support! I'd also like to thank our potential buyers/partners, employees, dj's, performers, promoters, organizations and the media!! You have helped create memorable events and awesome memories for all to cherish! I am looking forward to opportunities in an exciting NEW YEAR and wish everyone a safe, healthy, prosperous 2012 as well!

The closing of Bellissima is one in a string of recent troubles for LGBT-owned businesses. Gay sundries shop Poster Hut has closed and the financial struggles of Midtown mainstay Outwrite Bookstore are prompting it to move. Bellissima’s last call leaves My Sister’s Room as Atlanta’s remaining lesbian nightspot. The East Atlanta bar re-opened on Jan. 7 under new ownership. A new menu food offerings come online on Saturday. Top photo by Loren Hoffmann; bottom photo by Knyckolas Creative