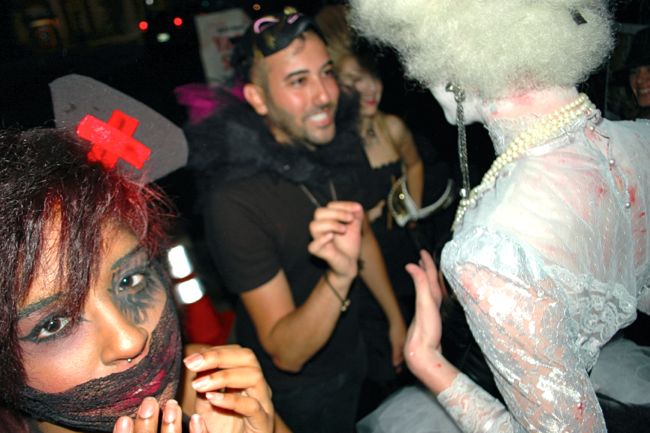 What would a costume ball look like if it took place at a home for the insane? The monthly Bedlam partiers sought to answer that burning question with Friday’s MadMad Masquerade at My Sisters’ Room. 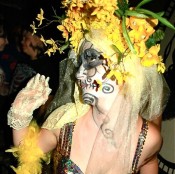 This month’s theme followed in a well-honed tradition of Bedlam’s very own, set by parties like RedNeckHeck, 80’s Betch, WackedOutBlackOut, SevenSinningSinners, WreckTheHalls and AnchorsAway, and the controversial Derelicte, which caused a Facebook firestorm of protests last month.

Despite detractors, that party went off without a hitch, as did Friday’s endeavor, where masks, asylum wear and elaborate makeup collided to make “those crazy Bedlam kids” not just a saying anymore.

Bedlam takes its name to heart from the dictionary definition—a place, scene, or state of uproar and confusion—and generally manages to achieve that inherent goal with an eclectic mix of men, women, artists and curiosity seekers who dance and carouse to DJ beats and plenty of libation.

And be careful; the insanity is catching. Bedlam t-shirts are now available for purchase at the events, and attendance grows each month.

On Friday, a live performance was also on tap, and one lucky reveler won a $25 bar tab for the craziest costume. Judging from our photos, we bet calling that one was a tough decision.