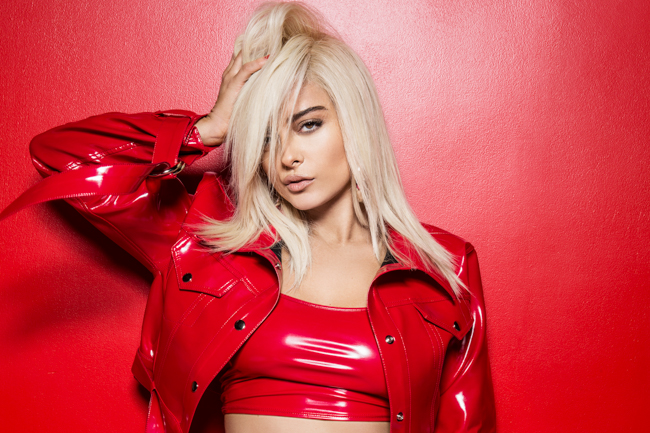 It’s very good to be in the Bebe Rexha business these days.

The singer, songwriter and producer has been a ubiquitous presence on the radio and streaming services for the last three years. First it was David Guetta’s “Hey Mama,” featuring Rexha, Nicki Minaj and Afrojack. That hit the Billboard top 10.

Then it was “Me, Myself & I,” her 2015 collaboration with rapper G-Eazy that barely missed being a number one single.

Then “In the Name of Love,” her 2016 collaboration with DJ Martin Garrix that hit number one on Billboard’s Dance Club Songs chart.

And, crucially, “Meant to Be” — Rexha’s song featuring country group Florida Georgia Line that you have not been able to escape since its release last fall. It’s held down the number one spot on Billboard’s Hot Country Songs chart for a record-breaking 45 weeks (and counting).

Rexha is bringing all of those hits and more to Atlanta Pride’s Coca-Cola Stage on Oct. 13.

The 29-year-old said she’s never sure if she’ll mesh with another artist when collaborating.

“Sometimes I feel like I’m going to click with somebody, and then I don’t, and that sucks,” she told Project Q Atlanta while on a call from her native New York City. “Or I look forward to working with somebody and I get along with them really well, but we just can’t come up with any good ideas in the studio.”

She thrives on the mystery of what will happen once she hits the studio with another artist.

“I never would have expected to have such chemistry with [Florida Georgia Line] musically and to write such a song that became so big around the world,” she said. “So, I think for me, that just keeps it exciting — the not knowing. I think if I knew all the time, then I'd probably get bored.

As impressive as the songs you do know Rexha for, what’s more impressive is the number of songs you didn’t know she’s written and passed on to other artists. Selena Gomez, Iggy Azalea and Nick Jonas are among the artists for whom she’s written.

The biggest though is “The Monster,” the Grammy-winning, Billboard chart-topping Eminem hit featuring Rihanna. But why give that song away? Rexha said 2013 was a much different point in her career.

“It might be a little bit embarrassing, but I couldn’t find people who truly believed in me — as well as the songs that I was writing enough — for me to put it out on my own and have the songs be successful,” she said. “I knew that to give those songs a chance to be successful, I’d have to give them away.”

Rexha is a veteran of playing Pride festivals, including one unforgettable L.A. Pride performance a few days after the Pulse nightclub shooting in Orlando.

“As much as a lot of us were scared, I feel like everybody showed up and it just made everybody stronger,” she said. “It felt like we had to all be there, and it was packed. I thought that was something that was so beautiful.”

“Nothing could hold all of these people from coming out and celebrating who they truly are. It was an incredible night,” she added.

The singer is busy preparing for a world tour to promote her debut studio album “Expectations.” But first, Atlanta. She played the city before, but this will be her first Atlanta Pride appearance.

She plans to make it an incredible night, and told Q that it’s important for her to support her LGBTQ fans.

“I feel like when I perform at Pride, no matter where it is, there’s just an acceptance that I love,” she said. “I could fall on my face on the stage and trip on my outfit, and I’d still probably get a round of applause.”

“Being around that energy … it’s like this wave of electricity that I don’t really feel at a lot of shows,” she said. “They’re all exciting, but there’s something about when I do Pride, it just feels so much more invigorating. It gives me life.”

Bebe Rexha plays Atlanta Pride’s Coca-Cola Stage in the Meadow in Piedmont Park on Oct. 13. The afternoon lineup begins at 2 p.m. This article originally ran in Q magazine. Read the full issue below, and pick up a new edition each week: